The Uganda Police force has today 1st October 2016, remembered the first black Inspector General of Police the late Wilson Erinayo Oryema with a public lecture organized at Makerere University Main Hall under the theme: “The public is the police the police is the public, fostering community policing in Uganda”.

“The police is recruited from the community and the problems they try to solve affect the whole community where they live,” said Prof. Golooba Mutebi the key note speaker.

Prof. Golooba said that police cannot detach themselves from the communities they seek to serve noting that due to logistical limitations, the police does not reach everywhere, hence for effectiveness, the force must extend its presences in collaboration with the community by engaging members of the public to take responsibility for their own security.

“Community policing is a good mechanism in which the public becomes a critical source of information to law enforcement on crimes about to be committed or committed as they  are the eyes and ears of the force,” explained Prof. Golooba.

He also said that the community cannot be safe if they distance themselves away from the police.

He stressed that for community policing to be successful, it must be first understood and appreciated by the community through sensitization and collective thinking between the police and the public on how to make it work.

He explained that if the public feel no connection to community policing structures, the idea of community being the eye and ears of the police remains at a theoretical level. Hence the need for police to integrate their work with the day-to-day lives of the community by creating partnerships that goes beyond traditional tasks in the maintenance of law and order.

However, Dr. Helen Nkabala the main discussant, said that police need not to look at how community policing is done like in Britain or USA but refer to police in our own way and find solutions from our own context.

She said that everyone has a role to play both the public and the police in order to move forward. She appreciated the role of police tapping into the energies of our own sons and daughters when they talk about crime preventers adding that they should understand their roles and responsibilities in order to serve the community better.

Dr. Nkabala urged the Inspector General of Police Gen. Kale Kayihura to tap into the professionals and work together as friends of police.

“The police must be oriented into the community contrary to what was introduced by the colonialists of police being an instrument of suppression to the people by enforcing colonial law and order,” remarked Gen. Kale.

The Gen. explained that basing on our Ugandan historical and cultural context, community policing is referred to as ‘Bulungi bwansi and Gwanga muggye’ which literary means communal work.

Uganda’s first African Inspector General of Police Erinayo Wilson Oryema, was born on 1st January 1917. Oryema was enlisted in the Uganda Police Force on 1st March 1939. A year later in 1940, he was promoted to the rank of corporal, and the following year 1941 to Sub Inspector. He made it to the rank of Inspector of Police in 1951 and Assistant Superintendent of Police in1954. In 1956 he was promoted to the Deputy Superintendent.

Oryema continued with his elevation through the ranks when the colonial government started identifying some African officers to take over the leadership of the Force. He was promoted to the rank of superintendent in 1961.The following year he was promoted first to Senior Superintendent of Police, then Assistant Commissioner of Police. In 1963 Oryema was appointed the first African Deputy Inspector General of Police, and the following year, before being given rapid promotions to Inspector General of Police on the 1st April 1964, replacing Mr. M.J.Macoun.

He also trained in Israel, graduating with a paratrooper wing. During his tenure as a police leader, he propounded the values of professionalism, integrity, selfishness, commitment to serve and patriotism. 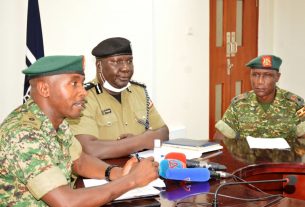 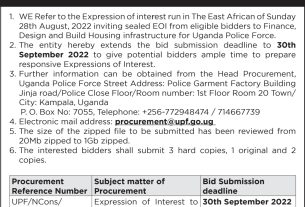 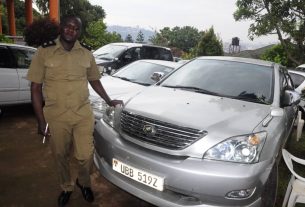