The leadership of the police has acknowledged the Constitutional Court ruling that repealed and decriminalized the petty offence of Rogues and Vagabonds, from the Penal Code Act, after it was found to be vague, archaic and Unconstitutional. All police officers have with immediate effect been tasked to fully comply with the ruling, and STOP any arrests for the minor infractions of Rogues and Vagabonds.

As a reminder, the behaviors that are no longer punishable by law are the following;

1. Idle and disorderly where any person

a) Being a prostitute, behaves in a disorderly or indecent manner in any public place.

b) Wanders or places himself or herself in any public place to beg or gather alms, or causes or procures or encourages any child to do so.

c) Plays any game of chance for money or money’s worth in any public place.

d) Publicly conducts himself or herself, in a manner likely to cause a breach of peace.

e) Without lawful excuse, publicly does an indecent act.

f) In any public place, solicits or loiters for immoral purposes.

g) Wanders about and endeavors by the exposure of wounds or deformation, to obtain or gather alms;

shall no longer be arrested or punished for being idle and disorderly.

2. Rogues and vagabonds. Every

b) Person going about as a gatherer or collector of alms, or endeavoring to procure charitable contributions of any nature or kind, under any false or fraudulent pretense.

c) Suspected person or reputed thief, who has no visible means of substance and can not give a good account of himself or herself.

d) Person found wandering in or upon or near any premises or in any road or highway or any place adjacent thereto or in any public place at such time and under such circumstances as to lead to the conclusion that such person is there for an illegal or disorderly purpose, shall no longer be arrested or punished, for being rogue and vagabond.

The take away from the constitutional ruling is that the public should expect the police to move away from these low-level disorders, that allegedly criminalize poor people and persons of low status, and spend a considerable amount of time to look into other serious and violent crimes. The scrapped cases will also help us free up resources to address other serious crimes. Therefore, any police officer, who will be found dealing in rogue and vagabonds, will face immediate disciplinary action for disobedience of lawful orders. In addition, all local leaders and the community, should also comply with the ruling and desist from acts of vigilantism and mob justice.

There are however, other low-level disorders that are still punishable by law. For instance, common nuisance c/s 160a(1) and (2) of the Penal Code Act.

1. Any person who does an act not authorized by law or omits to discharge a legal duty and thereby causes any common injury or danger or annoyance, or obstructs or causes inconvenience to the public in the exercise of common rights, commits the misdemeanors termed a common nuisance and is liable to imprisonment for one year.

2. It is immaterial that the act or omission complained of is convenient to a large number.

Under Sec 300 of the Penal Code Act; Persons found etc with intent to commit felony.

1. Any person who is found-

a. Armed with any dangerous or offensive weapon or instrument, and being so armed, with intent to break or enter any building, structure or curtilage and to commit a felony in it;

b. Having in his or her possession without lawful excuse, the proof of which lies on him or her, any house breaking instrument;

c. Having his or her face masked or otherwise disguised, with intent to commit a felony,

d. In any building, structure or curtilage by night with intent to commit a felony in it.

e. In any building structure or curtilage by day with intent to commit a felony in it and having taken precautions to conceal his or presence.

f. By night wandering or moving about by whatever means and being armed with a dangerous or offensive weapon without lawful excuse, the proof of which lies on him or her, commits an offence and is liable on conviction to imprisonment for 7 years.

2) Where a person has been previously convicted of a felony relating to property is convicted of an offence under this section, he or she is liable on conviction to imprisonment for 10 years.

Under 301 of the Penal Code Act: Persons found loitering, etc with intent

1) Where three or more persons are found loitering, wandering, moving about or concealing themselves, while any of them is armed with an article to which this section applies, with the intention of committing an offence against the person, every such person commits a felony and is liable to imprisonment for seven years.

2) In a prosecution for an offence under this section, proof that the accused was so found and so armed, shall be sufficient evidence that the accused had an intention to commit an offence, relating to property or an offence against the person, unless the accused gives an explanation of his or her conduct, which salsifies the count that he or she had no such intention.

3) This section applies to a dangerous or offensive weapon, an imitation firearm or a house breaking instrument. 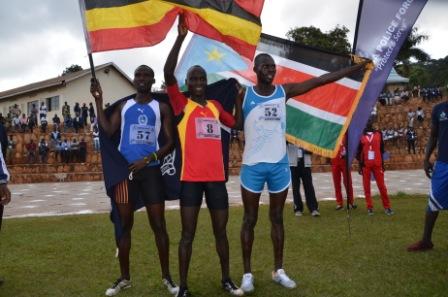 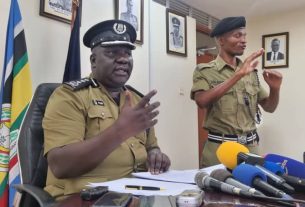