The Inspectorate of Vehicles has appealed to owners and managers of driving schools to be cautious while training drivers.

This, according to the Acting Commissioner, Inspectorate of Vehicles, ACP Hajj Kirungi Suleiman is in a bid to improve road safety in Uganda.

“We are on a very noble cause. We are serving humanity that we must take as serious as possible. So, if you test and give a certificate to somebody who is not qualified and doesn’t deserve to be a driver and this person goes on the road, one time he will be driving and will knock dead someone close to you. So as you do this work of road safety do it with passion, extra care and seriousness. Imagine how many people have lost their lives because of bad drivers on the road,” ACP Kirungi said while meeting owners and managers of driving schools today at Inspectorate of Vehicles headquarters in Naguru, a meeting that attracted about 100 participants from across the country.

He noted further that road safety is an indicator of development and that a lot of money is lost in accidents.

“Secondly, we are doing a national duty. Road safety is one of the indicators of development. Too much money is lost when there’s an accident in terms of compensation, treating the sick, repairing cars, the money spent on that is much compared to those who die of malaria and other diseases so when we talk of road safety we must think deeper and take it more serious,” he added.

He said as IOV re-brands, it will engage actively with driving school owners and managers.

“We are trying to re-brand ourselves as Inspectorate of Vehicles and you are key in this process hence we setting some guidelines on testing standards, which among others include; not allowing unlicensed schools to present trainers for testing, present certificate and all people must apply for driver training,” he noted.

He therefore urged owners of driving schools not to only look at training people as a business but as a calling that they should appreciate.

“Do not do this as business. It’s a calling that we should appreciate and serve the nation better. If you produce good drivers definitely the carnage’s on our roads will also reduce,” he said. 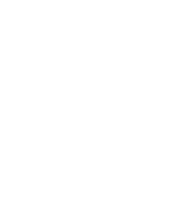