The police at Jinja road, continues to actively investigate circumstances surrounding the fatal accident involving two motorcycles that occurred on the 24/02/2020 at Naguru road   behind Nakawa market. The area is busy due to the parking area and the presence of a taxi stage.

In furtherance to our holding statement of 24/02/2020, the additional findings indicate that on the 24/02/2020, at around 7:30 am, a police motor vehicle Land cruiser under Reg.Number UP 4841 was driving along Naguru road behind Nakawa market. In between it was over taken by a speeding boda boda that was carrying a passenger. Unfortunately it came into the path of an oncoming boda boda from the opposite direction, resulting into a head on crash. The bodaboda that was with the victim fell down, including the victim, when the two motorcycles collided in front of the police 999 patrol car. The oncoming bodaboda staggered a bit and the rider sped off from the scene. All the three had no helmets.

Immediately after the accident, the police patrol car stopped and picked the victim, who was unconscious and rushed her to Mulago National Referral Hospital for treatment. The bodaboda that was carrying the victim was removed from the scene by other bodaboda riders and hidden for unknown reasons.

At around 1 pm, the victim succumbed to the crash injuries. And it is at this stage that she was identified as Ritah Nabukenya, a 28 year old, female adult, and resident of Bunamwaya, Rubaga Division. We do extend our condolences to the family and friends of Ritah. May her soul Rest in Eternal peace.

It is therefore, not true that the victim was deliberately knocked dead by a police 999 patrol car, because of her political affiliation as claimed by Hon. Robert Kyagulanyi Ssentamu. The findings indicate that it was not a police involved accident and our driver is not responsible. It was further established, that at the time of the double bodaboda crash, the victim was putting on a black light trouser, with a cream blouse and there was nothing like a red cap or T-shirt associated with Hon. Robert Kyagulanyi supporters. It is our position that the narrative carried out by Hon. Robert Kyagulanyi was a deliberate and orchestrated attempt to cover up the fact that the victim died from crash injuries, caused by the double bodaboda accident, for his political leverage.

As always, we work to conduct thorough investigations and will not be diverted from the major investigation. Efforts are in place to track down the two riders of the bodabodas and also locate the hidden motorcycles. We have also parked our police patrol car at Jinja road police station, for inspection by the Inspector of vehicles, although it is intact with no damage. We are meanwhile analysing the CCTV footages and investigating why the crew members on the patrol car failed to secure the motorcycles and also apprehend the suspects. 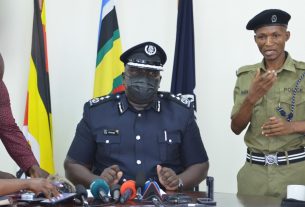 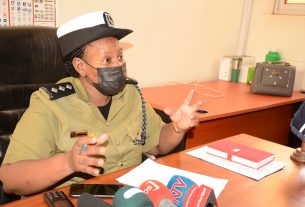 TRAFFIC TO ENFORCE OPERATIONS AHEAD OF FESTIVE SEASON CELEBRATIONS