Home > Latest Posts > Vote of thanks remarks during the handover ceremony of former IGP Gen.Kale Kayihura.

VOTE OF THANKS TO GEN. KALE-KAYIHURA

The Minister of Internal Affairs,

The Minister of State for Internal Affairs,

I am extremely pleased to have been chosen this morning by the in-coming IGP to move a vote of thanks to the out-going IGP.

I toyed with the idea of speaking off cuff, since I wanted to speak from my heart. Later, I realized that you, Gen. Kale Kayihura, one day you told me, “Kasingye, start writing your Police memoirs. They will benefit future generations”. Actually, I did.A young man at Makerere University school of languages who is helping me with this project for some time, reminded me to put my thoughts on paper to enrich the chapter I have been developing since you joined us on 10thNovember, 2005.

That day, was not a day like others. Firstly, Gen. Edward KatumbaWamala was leaving us. Secondly, I was donning a new rank of Commissioner of Police for the first time, thirdly, I was going to meet my new IGP who I had met in a short stint at Makerere University, with my classmate, now Lt. Col. John Nuwagaba, near CCE, as we planned to join the army after the university. I was putting on a T-shirt with the picture and name of Che Guevara. You too were donninga white shirt. You said “oh Che, he was a great freedom fighter”. The rest as they say is history. I later joined SOPE Kyankwanzi and John, Kabamba Military training school. After a short stint as a lecturer at the SOPE, I joined Police as a cadet Assistant Superintendent of Police in 1989.

I say this because, when I introduced myself as the Commissioner for Community Affairs, you remarked, “oh, it is you Kasingye, I look forward to working with you”. This energized me. Though many saw you as Any Other Object (AOO), I saw optimism in you. Though I later went to the US for another Community Policing course, and upon my returnin February 2006, you summoned me up for an urgent meeting in Nakasero. Later that day, I travelled with you to Kiryanga sub-county, Kibale district, where you must have tested me, on a community-led sting operation against murders that erupted after the elections between Hon. Besisira and Hon. Tinkamanyire. I never rested till I accomplished the task in a record one month.

Gen Kale, for all these years, you have been a general, IGP, mentor, parent, I know you do not want to be called a friend, but you were a friend to most of us.You mentored us into these officers we are. All these Generals here, were appointed by your recommendation. You looked afterour families. Personally my son would have died if it wasnot you. And I know I speak on behalf of so many other officers whose lives and families you touched.

When you tasked us; your tasking were loud and clear. Often applauding those who achieved, and correcting those that did not.

You built a cohesive force and linked uswith other security agencies.You made us sit shoulder to shoulder with colleagues in the Military. You delegated many of us to meet the Head of State and many government officials. We are now known to them by name and face. You were not selfish.

You provided us with both human and non-human resources, welfare, training opportunities, improving gender equality and respect within the force, etc.

You linked us with the regional colleagues as you envisioned a country whose security rested on the cooperation and coordination of regional and continental colleagues especially EAPCCO, AFRIPOL, and the world over. We now walk to any country in EAPCCO, Africa and internationally, where we are known by name and rank.

You mingled with the civilian population and taught us that the strength of Policing lies with the general population. You ate, lived with the rank and file but also with the common man in this country.

I cannot exhaust your contribution here, allow me to say, how pleased we are that you mentored and left no doubt in the Head of State that our current IGP could take over from you. It could have been any of us. Yes, I mean it. Any of us you equipped with management andcommand capabilities.

IGP Okoth-Ochola, we know you will finish Gen Kale’s vision of building an enlightened, motivated, community-oriented, accountable and modern Police force; geared towards a crime free society.For the new DIGP, we love you. We have worked with you in your previous tour of duties. We are happy that you have come to the Police.

Gen Kale sir, we request you to thank your lovely wife Angella for us. For her humility. One time, she baked mandazi for us when we met every day at 4:00 am, at Parliamentary Avenue Headquarters. For us who travelled with you and her, what a gem she is. For 12 plus years, we have never heard any bad comment from her about your Police family. We thank you for the family that braved your absence during service to this country through the police.

Where ever you go, we are ready to rub shoulders again as we serve this country. While in Masaka recently, the morning of Monday when you were replaced, I rang you and you said, “Comrade, do not be fazed, we must fight crime in this country. It is not about me, it’s about our Country”.

I know a lot has been said and will be said. We trust you know what we are capable of saying or not.

I request that when we finally put up a Police Museum, your statue should be placed in the proposed Corner of Fame.

I am a born again Christian. I leave you a verse from the book of Paul’s letter to the Hebrews Chapter 6: 10. “For God is not unjust. He will not forget how hard you have worked for Him and how you have shown your love to Him by caringfor other believers, as you still do”. 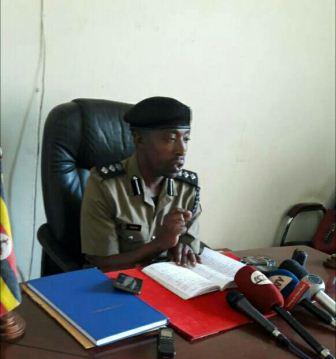 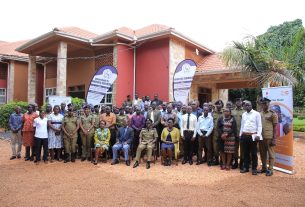