Aviation police received information through intelligence that on 17th June 2018 a passenger travelled from Sao Paulo in Brazil on board Ethiopian Airline Flight no ET 507 to Addis Ababa heading to Nairobi but changed her routing to Entebbe and was suspected to be carrying narcotic drugs. The suspect was expected to arrive at Entebbe International Airport on18th June 2018 on board Ethiopian Airline Flight E338.

On arrival at Entebbe she was identified by the aviation Police and the Customs Officials attached to Uganda Revenue Authority. Her bag was searched but had no drugs.

She was highly suspected to have swallowed the drugs. She was subjected to a scan which revealed she had drugs in her stomach. She was then put under observation and passed out the 114 pellets (1660 grams) of suspected cocaine.

Upon questioning she told police that she left Venezuela and went to Sao Paulo in Brazil and started working in GAVION supermarket. On 15th June 2018 she was approached by a man only known to her as ANTONIO who promised to get her a better job.

He took her in a house located in ‘Villa Yolanda’ Sao Paulo and forced her to swallow the pellets of drugs.
She was escorted to the airport where she boarded a plane to Addis Ababa.

She was supposed to go to Alcom Hotel in Kibuli Uganda where somebody she was not told the names was to receive her. She was to be paid 2000(two thousand US Dollars.

Challenges with the Law:

The punishment provided for in Section 4(2)(a) of the Narcotic Drugs and Psychotropic Substances Control Act 2016 for possession of narcotic Drugs is a fine not less than five hundred currency points or three times the market value of the drug whichever is great.

Then for trafficking in narcotic drugs or psychotropic substances , it is a fine not less than five hundred currency points or three times the market value of the drug whichever is greater and in addition, to imprisonment for life.

The suspects taken to court nowadays are awarded lighter sentence of fine of five hundred currency points equivalent of ten million Uganda shillings yet it would be greater if we had a Government Valour to provide the list of prices of these drugs. 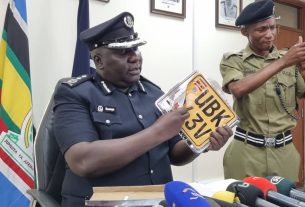 JOINT SECURITY AGENCIES TO CRACK DOWN ON ILLEGAL NUMBER PLATES 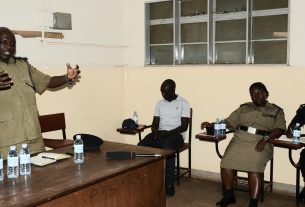