The Territorial Police in Bushenyi has in custody two suspects, who form part of the group that viciously assaulted an elderly woman. The third and prime suspect, who was caught on video caning and torturing the elderly victim, is being sought and has been identified as Keith (one name).

The preliminary information indicates that on the 1/03/2020 at around 6:30 pm, at Kyakebizi cell, central division, Ishaka-Bushenyi Municipality, Bushenyi district, the victim identified as Maria Kyomugisha, 66, was found in possession of a skeleton of a bird, in the banana plantation of Lukia Atwongeire. She was arrested and taken to Lukia’s home where she was recorded on video, being tortured.  She was thereafter escorted to Bushenyi police station and charged with criminal trespass. The skeleton of the bird in the alleged witchcraft was also exhibited. She was however, released on bond as investigations progressed. No other complaint was raised at this stage.

After three days, on the 5/03/2020, the shocking video was received which showed how the victim was viciously tortured before she was brought to the station. A sister case file of torture was registered and relevant statements obtained. The victim was subjected to medical examination and her injuries classified as grievous harm. So far this time suspects who include; Lukia Atwongeire, 38, and Vincent Kamukama, 40, of the same address were arrested and in custody.  Efforts are in place to arrest the person who tortured the victim and the one who recorded the video as the helpless victim was being tortured.

We would like to thank the social media community for sharing the video. We would like to further reassure them, the family of the victim and the wider community who were disturbed by the shocking video that we shall fast track the matter to court.

The two sister case files of criminal trespass and torture are jointly being investigated, and progressing well. 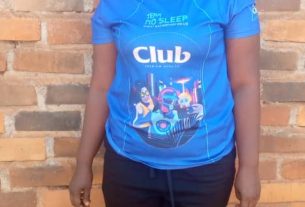 WOMAN ACCUSED OF DRUGGING MEN AND ROBBING FROM THEM, ARRESTED 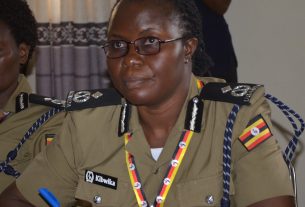