During the previous week, two incidents of murders by siblings, were registered in Isingiro and Wakiso district, respectively. The police in Isingiro has in custody, a one Abahe David, a 28-year-old, resident of Omukihangire cell, Bungongi Parish, Nyakitunda cell, for the murder of his younger brother, Abasa Joshua, aged 16, after he demanded for his debt of Ugx 5000/= from him on the 23.05.2022. The suspect instead picked a panga and cut off his younger brothers’ finger, inflicted multiple injuries to the back of the head, and broke his neck. He then dragged his body and dumped it at his house. He was arrested accordingly, on murder charges.

In a separate development, the police in Wakiso has put up a serious manhunt for a 15-year-old, male juvenile, Sserugga Samson, a pupil of Mabombwe Church of Uganda, Nursery and Primary School, for the alleged murder of his younger sister, Namubiru Desire, aged 4, at their home in Mabombwe Kirindi village, Mende sub county, in Wakiso district. The victim had serious injuries on the forehead, the face, arms, stomach, back and legs. She succumbed to the injuries. Both the mother of the victim Namubiru Daisy and the suspect concealed the mother until when it was brought to the attention of the police.

We have noticed that sibling abuse is often considered to be a normal passage with that most children experience, and it is higher in families with domestic violence or child abuse. Young children are particularly vulnerable and told to keep family matters private. They are often threatened not to report it to anyone for fear of breaking family bonds or threats of punishment. In addition, other families regard violence between siblings as rivalry, and simply advise the victims to either toughen up or fight back. This is dangerous because sibling abuse can include sexual, physical and emotional abuses of touching, fondling, indecent exposure, rape, sexual assaults, sodomy, slapping, hitting, kicking, biting, causing injury with a weapon or other emotional abuse like damaging clothes, books, toys and other properties of a sibling.

Therefore, all parents, guardians, teachers are reminded that sibling child abuse can lead to depression, drugs, alcohol, sexual risk behaviours, low self-esteem, eating disorders, post-traumatic stress and the increased risk of continuing the cycle of violence into their teenage and adult lives.

We call upon you all to observe any red flags for sibling abuse like bruises and fear of one’s siblings. And immediately consult a counselor or elder to prevent the sibling abuse, promote awareness about its dangers, encourage parenting programs aimed at preventing sibling abuse, and involve the Child and Family Protection Unit for the Police, for further help. 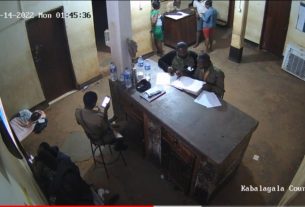