The territorial police in Rwizi has in custody a primary school teacher of Maato Muslim primary school in Kyanju, Ntugamo District on allegations of molesting and sodomizing a 15 year old male pupil of the school.

The 23 year old , Igga Sudais Alais Kagame is a teacher and resident of Kyamuhunga village , Bwongera Sub County in Ntugamo District, who it was established , started abusing sexually the victim since February, 2018 to May 2019 and had threatened to kill the victim if he reported the matter .

The matter was however reported to the police by the stepmother to the victim Nimwesiga Mackline, We commend her greatly as we encourage more parents, guardians, victims to always report such crimes to the police. In this case the victim did not have the courage to come forward during the initial stages, to report the matter.

The victim was subjected to medical examination on PF3 and it’s appendix whose results confirmed penetration and rapture of the anus.

There is need to educate and raise awareness amongst pupils and students on sexual crimes including acts of “grooming “.

We call upon more victims if any to come forward and record their statements with the police. 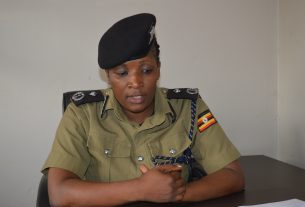