The task team actively investigating the murder of Tegu Emmanuel, 24 year old, male University student of Makerere, on the 08.07.2020, charged four suspects at LDC court for his brutal murder.  The deceased was violently beaten on the 27.06.2020, and sustained life threatening injuries, which he eventually succumbed to on the 3.07.2020 at Mulago Hospital, Kiruddu.

The four suspects include; Oigu Charles; a 34 year old Area Councilor; Nyeko Balam, a 33 year old security guard; Kakuru Johnson, a 24 year old resident of Makerere and Sekitoleko Moses, a 21 year old resident of Makerere.  Their actions were supported by the post mortem report which revealed the cause of death as blunt force trauma, due to open wounds along the back, multiple cane marks on the back of the right elbow and abrasions along the abdomen and the entire back of the victim.

The prevailing facts indicate that on 27.06.2020, the victim left his sister Rachael Ariongeti’s home, at Namungoona where he also stayed with his brother Sam Okwalinga, and proceeded to his church at Makerere. He did not return home, but in the evening at around 10pm, he was found by PC Mukose Farouk who was on routine patrol behind the main building near the water tank. The officer attempted to inquire about who he was and what he was doing at such an ordinary hour, out in the cold. He appeared erratic and responded by throwing stones at the officer, who fired three shots in the air to scare the victim but kept charging at him. This forced the officer to withdraw and communicated to his supervisor.

The victim ran towards St Augustine church and Centenary bank, where he charged at the three private security guards but was overpowered.  They hit him using the metallic chairs from the visitor’s tent, and it’s at this stage that he cried out for help, which attracted about 10-15 residents from Zone 1 and West road quarters around Lumumba hall. Among the responders were a few youth who joined the private security guards and violently assaulted the victim, whom they suspected to be a thief.

It is after the intervention of the Chaplain, St Augustine Church Makerere that the private guards and the few charged residents stopped torturing the victim and alerted the police about him.  The police team responded and rushed the victim to Mulago National Referral Hospital.  The following day of 28.06.2020, he was traced at the hospital by his brother and discharged on 29.06.2020.

While at home, the victim’s condition started deteriorating and he was taken to Mild May Clinic, Sseguku on 30.06.2020, to his personal doctor, Dr Arinda Anita who was treating his bipolar condition since 2018. She referred them to a specialist at Rubaga Hospital, to check if there was a problem with his kidney, since he was not passing urine.  At Rubaga Hospital, he was further referred to Mulago National Referral Hospital, Kiruddu where he died on 3.07.2020.

The task team has established that about three private security guards of SGA and seven others, who responded to the alarm, were behind the violent assault of the victim. The scene was reconstructed and a few key pieces of evidence including CCTV footage from St Augustine Church, metallic chairs from the visitors’ tent at the banks which were used as a weapon against the victim, a wire rod and relevant witness statements recorded. We would like to inform the public that the investigations are still open and we have clues about three more suspects who are still at large.  It is very helpful if we avoid speculation and instead avail evidence that is crucial to the matter under inquiry.

We would like to extend our thoughts and prayers to our officer, SGT Okwalinga, the father to the victim, and all family, friends and relatives. We are also devastated by the senseless murder of a son who had a dream, of working in the veterinary field. He was an evangelist who was compassionate and always helping out. May his soul rest in eternal peace.

The IGP has strongly condemned the acts of gross misconduct by the Private Security Guards and further tasked the Commissioner – in-charge, Private Firearms and Security Organizations to ensure they are all retrained and equipped with the required skills on rules of engagement and use of reasonable force in the course of their duties.  The public is also warned against all acts of violent behavior.

It is meanwhile not true that police management blocked media requests to access the CCTV footages.  We do advise them to liaise with the church since it is a private footage, and also with the family of the deceased, since the public display of the images could be very disturbing.  The copy retrieved by police has been taken in evidence and exhibited. 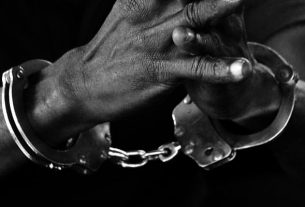 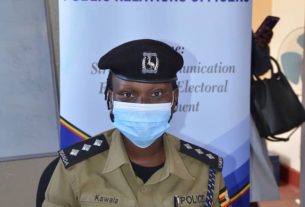