Yesterday, October 29, 2021, at around 1600 hours, our officers received a report of an explosion at Segalye LC1 village, Semuto Sub County, Nakaseke District.

It was established that an abandoned ordinance which children were playing with exploded and hit three of them. Pius Kiwuwa, 11, died on the spot, while Michael Kiyingi, 14, and Shield Odongo, 10 months, sustained injuries. Kiyingi was taken to hospital for treatment but died on the way.Odongo has been admitted to Bombo Military Hospital for treatment.

It is alleged the trio, all biological children of Namukasa Kalyango, were playing with the ordinance when it exploded. According to eyewitnesses, Odongo picked an object that looked like an orange and started kicking it like a football.

He was later joined by his brother Kiwuwa, who picked it and squeezed it with an intention of getting juice out of it.

Unfortunately, the object exploded, killing Pius instantly. Kiyingi and Odongo, who sustained serious injuries, were rushed to Nakaseke Hospital for medical attention. But Kiyingi was pronounced dead at the hospital. Meanwhile, Odongo has been transferred to Bombo Army Hospital for further medical management.

Our investigators have already documented the scene, recorded witness statements, and recovered exhibits to aid the investigations.
The scene has been cordoned off for  a thorough search and examination by a team of bomb experts from Counter Terrorism unit and further establish the type of  ordnance that exploded.
We shall update the public on the progress of the investigations. 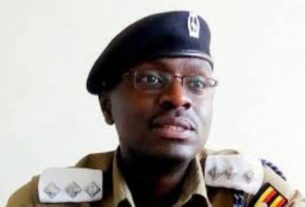 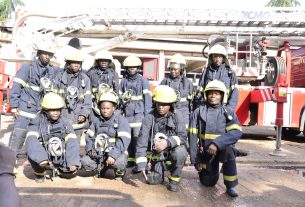