As you are all aware, we have entered a very crucial week in the democratic process of our country, where we shall be witnessing the swearing-in of the President-Elect, H.E. Yoweri Kaguta Tibuhaburwa Museveni on the 12.05.2021.  And as is always the case, our security posture at the national event is multi-layered, with several perimeters from the outermost to the innermost, jointly coordinated by all security agencies.  These comprise of the UPF, UPDF, SFC, JIC, UPS and other agencies that form part of security.

Although our levels of preparedness are robust and advanced, we continue to assess our security plans, for hotspots and other high risk targets, with various tactical response teams in place.  We have conducted massive drills on how to counter all forms of threats and vulnerabilities.  These include; drills on how to counter armed attacks, massive demonstrations, aggressive and provocative behaviours against security personnel, acts of sabotage like blocking roads with logs, boulders and stones, burning tyres, deflating tyres, blocking VIP convoys and radical youth groups.

In addition, our cybercrime teams are monitoring and trolling social media for any acts of cyber harassment, misinformation and disinformation campaigns.  For instance, we are aware of plans to falsely declare “as dead” some of the cultural leaders, and opposition politicians to purposely incite the public.  We are also tracking down negative elements, rallying disgruntled supporters and fans, on social media and inviting them into disruptive behaviours, towards the swearing-in.  We want to warn all perpetrators of violence that their criminal acts will definitely attract sanctions and consequences.

So far our task teams have 41 suspects in custody for inciting violence and holding unlawful assemblies in Kabalagala.  They are set to appear in court.  Therefore, all persons who are hinged on promoting acts of violence are asked to desist from such ill-intentions, to avoid the full wrath of the law.

To all invited persons, we would like them to know that there are very stringent procedures for accessing the venue, for safety and security reasons.  They should expect rigorous search processes from head to toe. We further urge them to carry along their invitation and accreditation cards with them; and maximumly cooperate with our task teams and follow the protocols.

In addition, the fact that it a scientific event, we discourage members of the public from coming to Kololo Independence grounds for the swearing-in, because of the many checkpoints and security perimeters in place.  We urge them to participate virtually from their respective homes, to help safeguard themselves from the dangers of COVID-19. We further urge them to avoid lining up along the roads, to avoid acts of congestion that can easily be taken advantage of.

We want to thank all Ugandans and visitors who have come out to condemn all protests and related acts of violence.  We commend the business communities like KACITA, the transport industry for their commitment to public safety.  In addition, we do applaud some of the previously disgruntled supporters from the opposition, who withdrew their intentions to participate in acts of violence.  These are very encouraging signs, since the use of violence in politics to achieve goals is unacceptable.

At this stage, therefore, we feel we are well prepared, but our security threat assessment remains active and continuous, and like we delivered a very successful election to all Ugandans and visitors to our country, we pledge to deliver a very peaceful and secure swearing-in ceremony for the President Elect. 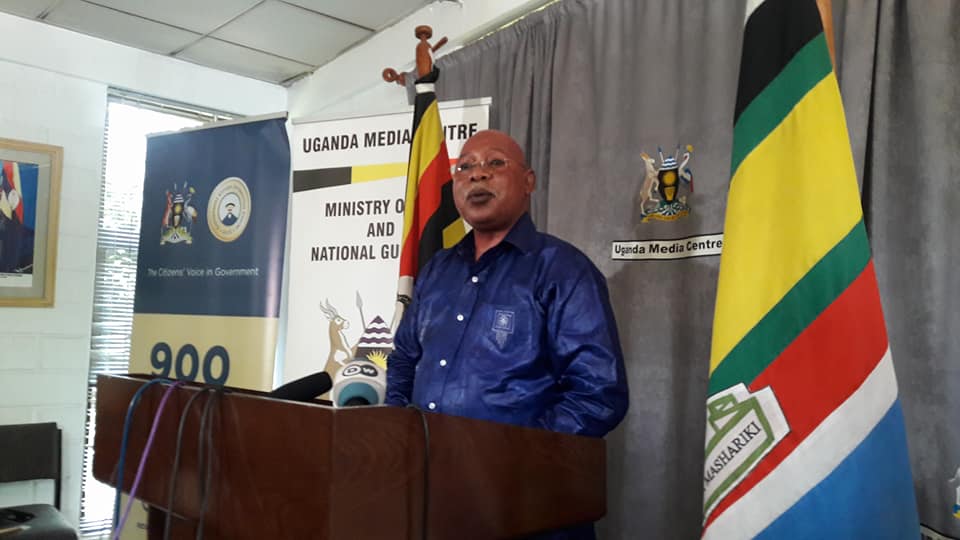