Following intelligence gathered about plans by NUP, other violent groups and actors to hold riots and political demonstrations beginning this week, we wish to inform the public that the security agencies are ready and prepared to counter all riots and illegal protests across the country.

Although the extent of the threats cannot be predicted, we are taking no chances after dismantling a NUP cell in Kasese district.  At least 4 suspects were arrested and charged to court, on conspiracy to commit a felony of treason.  These include Bwambale Geofrey, Isande Atonozio, Basisa Brian and Mumbere Isaac.  They had started mobilizing people from Ntoroko, Bundibugyo, Hoima and Fort portal, for massive riots, burning of key government installations, blockage of Mpondwe boarder point, among others, during the months of November and December, 2021.

In addition, the Political Crimes Department has opened case files against Hon. Francis Zaake and Rtd. Col. Dr. Kiiza Besigye, for making inappropriate statements about them using all possible means to cause change to a democratically elected government, before 2026. We do take such anti-democratic utterances seriously, because of the potential of creating panic and fear in the public.   Some political party activists, believe they are above the law in this country, which is not true.

Our country, has endured a lot of acts of violence including deadly riots, political demonstrations, domestic terrorism, natural calamities, arson, vandalism, machetes wilding attacks etc, we shall therefore, not entertain any further acts of violence and illegal protests.

We want to reassure the public, especially the private and business sector, the education sector, those in the transport sector, that we have contingency plans in place, to counter any violent conduct or behavior.  We have both mobile and rapid response teams on standby, prepared to counter these threats and avoid a repeat of the 2020 riots.  The personnel are all trained in advanced skills related to crowd management, crowd control, use of enhanced personnel protective equipment’s, use of force, de-escalation and riots. They also have different formations and movements, that we may have to use to control crowds and also respond to any public safety needs.

We are meanwhile, encouraged by the fact that many youth groups are not willing to participate in these senseless acts of violence, and we want to greatly thank them, for being peaceful. 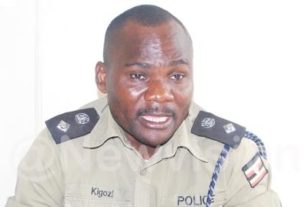 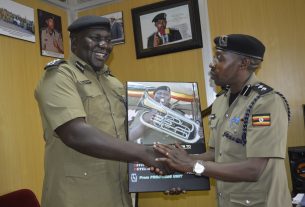 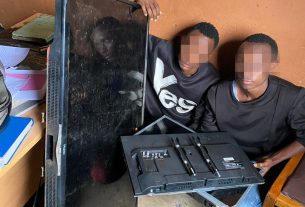 Suspects in Tororo Aggravated Robbery and Murder Arrested in Kampala