The Territorial Police in Iganga is actively investigating a case of conspiracy to defraud and theft of case amounting to Ugx 150m allegedly donated to New Beginnings International Ministries, for the construction of a Maternity Ward, in Iganga district. The facts fathered indicate that New Beginnings International Ministries, through their CEO, Henry Isoba, entered into an agreement, with a one Olele Dan, a 56-year-old Civil Engineer, of Wailaka Central, Kakira Parish, in Jinja district, to construct the maternity ward at a cost of 176m

Surprisingly, on the 18.06.2022, at around 6pm, the CEO proceeded to inspect the project site, with cash Ugx 150m in his car a premio registration number UAX291X, he found when the Project Engineer was absent but went on to inspect the site. After inspection, he re-entered his car which had remained unlocked and drove off. He however, reached home and realised the money had been stolen from his car. We are now investigating circumstances under which, the money was stolen from the CEO’s car, while at the Project Site. In addition, we are in receipt of two contract agreements of Ugx 176m and 75m, respectively signed between the two parties, that is also a subject of our investigations.

As a result, the CEO registered a complaint of theft against the Project Engineer, Olele Dan, and caused for his arrest at Magamaga. It is during the arrest, that they claimed, Olele Dan, called himself, a brother to the IGP and further using that privilege to extort money from the public and also get special treatment from the police. We wish to refute the claim as totally fallacious. The IGP and his family, categorically reject the claim as false and an insult to the family. We therefore, demand several media outlets that carried the misleading news story referring to the suspect as the IGP’s brother, arrested on charges of theft and conspiracy, immediately withdraw it and use the correct version. We urge all Editors of media houses to always verify any information with the police authorities and further confirmation with the PRO.

The office of the IGP continues to adhere to the highest levels of professional standards, where everyone is treated equally before the law. In addition, all Territorial Commanders, have been asked to remain steadfast, while carrying out their duties and avoid getting duped by fraudsters and criminals, who use the office of the IGP and other high-ranking security and government officials, for their selfish gains.

We also continue to receive complaints about individuals who pose as security personnel, while making contact at police stations and in the public. We strongly condemn this behaviour of criminal minded individuals, personating police officers. Therefore, any person who present himself as a police officer, is required to present his or her warrant card, when making contact with any member of the public. We urge the public to write down any information that may be helpful in identifying any individual who impersonates a police officer and report to our National Operations Command Centre on 0800199699 or 0707600773 and 0776999135. 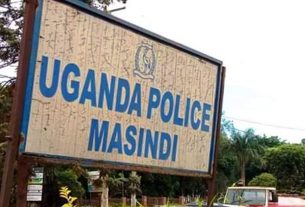 New Guidelines to all Police Officers on Duty