The police has noted with serious concern, the continuous use of unlawful assemblies and processions by selected political groups and individuals, as tools to manifest their divergent political views, in a manner which involves massive disruption of other rights of the community.  Uganda as a country, respects rule of law and constitutionalism, which guarantees freedom of peaceful assembly, association and expression; and has provided, meaningful opportunities for all political actors to express their diverse opinions either verbally or symbolically .

And although, these freedoms are typically provided for in the constitution, the Public Order Management Act is a specific legislation that deals with the conduct of public assemblies.  It clearly reveals that all organizers intending to hold political rallies and assemblies, should as a requirement, notify the Inspector General of Police, (IGP), 14 days in advance, indicating the date, time, location, size, purpose and other basic information, which is justified on such grounds to ensure the smooth conduct of the assembly.

All political actors with peaceful intentions and do not use, advocate or incite violence, have held meetings with their supporters where their concerns, aspirations and views, have been discussed under peaceful settings.  We congratulate them and do encourage other defiant political actors to emulate them.

Unfortunately, some members of the Forum for Democratic Change  (FDC), have continued to defy the notification and formal authorisation procedures in the POMA, to hold unlawful assemblies in Kabale, Tororo, Jinja, Mubende and Lira under the hidden pretext of the freedoms of association, expressions and assembly.  We must recognise that the right to these freedoms is not absolute and cannot be assigned ascendant value over all other rights.  Their political, messages and tactic of unlawful  protests is a direct verbal incitement to violence and massive disruption of community life.

Again today, Monday, 29th April, 2019, at around 11:30 am the Hon. Robert Kyagulanyi who has repeatedly, shown blatant disregard for the law, was arrested, at Mulago round about, while heading to CID headquarters for statement recording. He faces additional charges of holding an illegal assembly and procession, after he was accused of organizing his supporters to escort him along the way. He was transferred to Nagalama, where his case file is being processed for perusal and probable court action

As you are all aware, the police are granted powers and discretion in policing assemblies.  And in all the instances above, the police had the legitimate reason to disperse rioters who did not conform with the POMA.

We have further instructed our territorial commanders, to work with those political actors, who keep their activities within the law; and to employ lawful means of dispersing unlawful assemblies.  We have in addition encouraged them to isolate violent individuals and ring leaders rather than collectively punish rioters.

We are meanwhile, conducting training and education of our officers, and reminding them about the role of police during demonstrations, how to cooperate with organizers, strategies to decrease tension, managing various gatherings, the use of proclamation, and the respect and protection of human dignity.

We want to comment the media for their independent scrutiny.  Their presence during unlawful assemblies is another useful tool to enhance over sight mechanism and expose abuses on both sides. 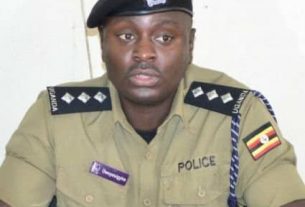 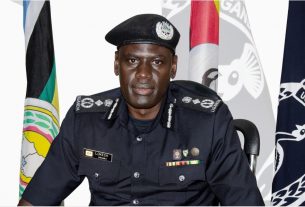