Home > Latest Posts > Police Statement on Armed Criminal Gang
This is to inform the public that the ongoing Intelligence led operation by the territorial Police in Kampala Metropolitan Area (KMP), has further culminated into the arrest of two other notorious robbers, highly connected with the murder of two women, dealing in mobile money, at Zana. These include, Onenchan Emma and Magusho Denis, bringing the total number of arrest to three, following the initial arrest of Muluuta Stanley alias Jjumba Frank alias Ssalongo.
The suspects who are former convicts, released recently from prison, are also highly connected to the multiple shootings; in Masaka, where they robbed a Toyota Harrier, Reg no.UBA 874W at Kimanya village, that they later sold in South Sudan (efforts to recover it are in place); in Katwe, on the 4th May 2019, where they robbed a bag containing a pressure machine and clothes, which they mistook for cash; at church zone, Nateete parish, on the 14th May 2019, where they robbed Mwesiwa Denis and his wife of Ug.shs 610,000 and other items, before shooting dead Walugembe Raphael, a resident of the area; at Kitende “A” cell, on the 17th May 2019, where they robbed Nalukwago Sanyu, a mobile money dealer at around 7:20pm of cash amounting to Ug.shs 17m. And finally, on the 10th June 2019, the suspects with others at large while on 3 motorcycles, shot dead, Nalwadda Harriet and Nakabuubi Moreen, and robbed them of Ug.shs.6m at around 10:40pm.
The suspects were arrested while planning another robbery mission of a mobile money dealer in Mutukula. An additional gun, AK 47, was recovered bringing the total number of recovered guns to three.                                     The guns were tested and the ballistic evidence tied the suspects to the 3 murders and the 5 robberies, after the recovered guns matched the shell casings exhibited by the Police.
We are further scrutinizing the data from several other shooting incidents which ran from January 2019 to date.
The investigation and attendant arrest serves as an example of the effecting of strong and consistent collaboration between law enforcement agencies. We want to commend the efforts of the dedicated intelligence, investigative and operational units from KMP (Crime Intelligence, CID and FFU) and the CMI who tracked down and arrested the notorious suspects. The vigorous search for other suspects accused of being part of the armed criminal gang behind the spree of aggravated robberies in the suburbs of Nansana, Mpererwe, Kajjansi are still ongoing.
We anticipate that the successful operation, thus far, has fully disrupted the organised gang and created a big impact on the safety of our residents especially in the immediate suburbs.
We want to also use this opportunity to caution the proprietors of the many business outlets, to always restrict the amount of cash on hand, take care while travelling to and from work, increased vigilance, better access controls and coordination with security personnel, to help make robberies less lucrative.
We have meanwhile increased our intelligence on former convicts released from prison, to create a hostile environment for repeat offending, and work with other stakeholders to find sustained solutions before they get re-embedded in criminal lifestyles.
The suspects are being charged with a range of crimes including 3 counts of murder, attempted murder, robbery and illegal possession of firearms.
CP Fred Enanga
Press and Public Relations
Uganda Police Force
15.06.2019 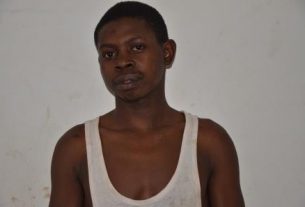 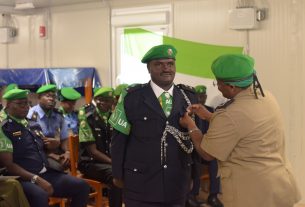 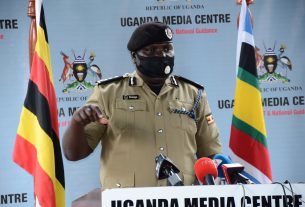