Following a spate of robberies in Mukono District, the territorial police in conjunction with the Directorate of Crime Intelligence and Flying Squad Unit have embarked on operations to pacify the area.

Upon searching the boot of the vehicle, our scene of crime officers found a sub machine gun loaded with three live ammunition that were wrapped in a yellow polythene sack.

Other equipment that is used in breaking-in were also found in the car.

Our teams also recovered items of different types of electronics, which are suspected to be stolen.

All these items have been exhibited.

Examination of the recovered items is ongoing to establish the owners and whether they were used to robberies.

The gun has been submitted to our forensic experts to establish whether it was the one used in the robbery of the recent attack on the supermarket in Mukono, where one person was injured.

Several suspects have been arrested and they are being processed through the systems. Their details will be availed as soon as the investigations are done. 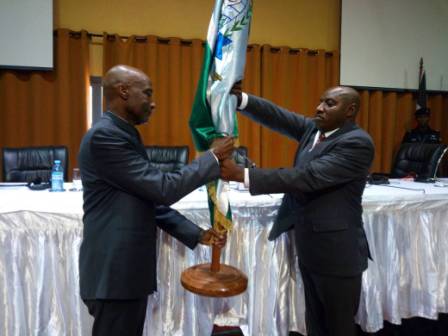