“We want to strengthen our neighborhood watch, supported by communities, by operationalization of neighborhood registers, through registering and profiling all residents in their areas of policing on recommendation of area LCS.”Said Aigp Yiga Fred.

Yiga said, that it was proposed to His Excellency President Y. Kaguta Museveni that every 3rd October becomes a police day and the week proceeding becomes a police week with several communal work carried out by police in partnership with the community.

He also added that police will conduct police public accountability, through conducting vigorous media campaigns, police dramas, documentaries and testimonials about the police.

Andrew Felix kawesi the Director Human Resource development and press and public relations, urged officers to understand the main purpose of this drive, rectify gaps in police and build a system that will lead to community based policing.

He added that there will be police public health camp giving free medical services like blood donations and treatments, and a marathon among others.

Kaweesi ended by calling upon the public to be free to access the police stations for all police services they may require.

On 3rd October 2014 while officiating at the Uganda police force centenary celebrations, His Excellency the President of the Republic of Uganda launched community policing as the primary approach to policing that will transform the force into a modern, pro-people, professional and disciplined police force. 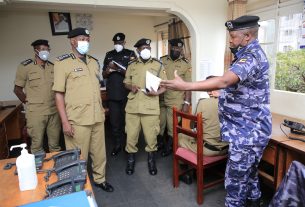 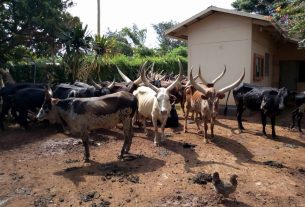