POLICE INVESTIGATES DEADLY SHOOTING
This evening, Monday 30th March 2015, Ms. Joan Kagezi, Ag. Assistant Director of Public Prosecution, was shot dead at 7:15 pm, near her residence in Kiwatule a city suburb as she drove home with her children.
She had stopped at a fruit stall by the road side where she normally stopped to purchase fruits, when the criminals riding on a motorcycle of boxer type, red in color, stopped next to the parked vehicle and shot her twice in the neck and shoulder, through the widow on the driver’s side. She was driving the vehicle herself.
The Director of CIID, Assistant Inspector General of Police Grace Akullo who by coincidence was driving some distance behind her, was the first police officer on the scene. She coordinated the evacuation of the deceased to Mulago hospital where she was pronounced dead on arrival. Her three children who were with her escaped unhurt.
Ms. Joan Kagezi was in charge of the International Crime Division handling international crimes such as terrorism, war crimes, and trafficking in persons. At the time of her tragic death she was the lead prosecutor in the case of the 2010 terror suspects now before the High Court. She was, also working with the Police in the prosecution of the suspects in the recent spate of murders, robberies and terrorism in Busoga region and Kampala. Her death is a big loss to the country.
Immediately after the shooting, the police secured the scene, and interviewed eye witnesses who have given very useful information that will assist in the hunt for the murderers. We call upon any member of the public who may have any information relating to the incident to give it to the police, any other security officer or LC official.
In spite of this tragic incident of criminality, we call upon the public to remain calm but vigilant.
The murder of Joan Kagezi should only serve to increase our resolve to hunt down and bring to justice all those elements bent on disturbing the security and development of our country. 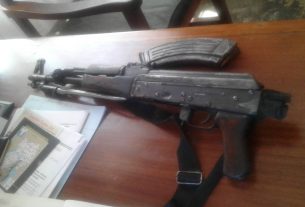 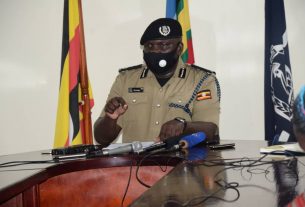 ENFORCEMENT OF THE BAN ON CAMPAIGNS IN SELECTED CITIES/DISTRICTS 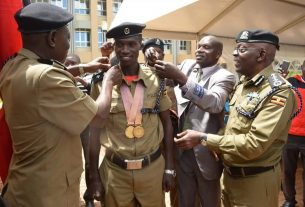 IP CHEPTEGEI JOSHUA RECOMMENDED FOR PROMOTION TO NEXT RANK