Police FC began the East African Police Chiefs Cooperation Games (EAPCCO) games on a high with a 7-1 win over Kenya Police in the opener at UCU, Mukono.

New signings Norman Ojik, Albert Mugisa and Juma Balinya marked their competitive debut with at least a goal but it was Ojik that grabbed the headlines with a hat trick on the day.

Coach Abdallah Mubiru opted to use just 12 players in the game with Yasin Mugume the only substitute that came on for Ocen after the first half.the vulnerable group are women working in the night clubs and other un gazetted areas.

This has forced the IGP to engage them in more productive money generating projects. they have to form groups as one of the requirement and chose a project they will able to manage better for income generation.

How the Cops lined up

Davies Mutebi kept goal with Denis Bigala and Aggrey Madoi playing on the right and left side defence respectively.

Team Captain Martin Mpuuga and Steven Mugisha were at the heart of defence with Rahmat Ssenfuka and Gift Ali playing in front of them.

Ben Ocen started on the right side of attack before his place was taken by Yasin Mugume after recess with Balinya on the left.

Ojik led the attack with the exciting Mugisa playing just behind him in a 4-4-2 diamond.

The games continue on Saturday with Rwanda and South Sudan facing off whilst Mubiru and his charges return to action on Sunday with a date against South Sudan.

On the same day, Kenya will take on Rwanda while the final games will take place on Tuesday.

The overall winner in terms of points will lift the trophy for the Men’s football competition. 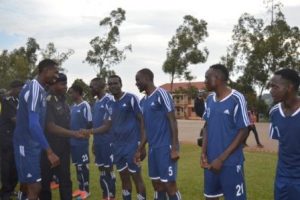 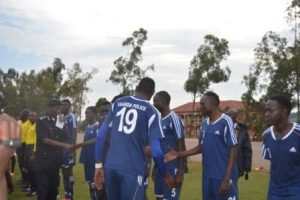 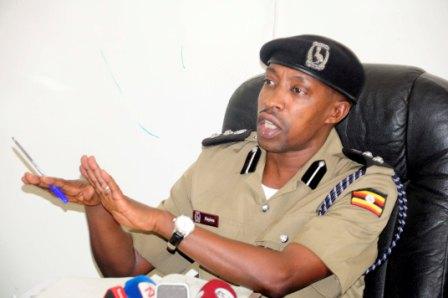 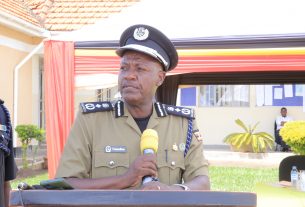