A 200 man Police contingent has Wednesday been flagged off for the 16th edition of the Inter-forces games happening in Kasese.

The team was seen off by the Assistant Inspector General of Police (AIGP) Charles Birungi at Kibuli Training School in Kampala. AIGP Birungi is the Director Welfare, Production and Sports in Uganda Police.

Addressing the travelling contingent, the director urged the sports team to be exemplary, disciplined and focused since they are representing the entire force.

“You are carrying our flag. Don’t go there and misbehave, protect the image of our institution since this is a disciplined force and you are all prepared for the challenge.” AIGP Birungi cautioned the team.

He also appreciated the athletes team that scooped silver in the field tracks that were held in Bombo Military Barracks where Police won 30 medals (10 gold, 8 silver and 12 bronze) to come second.

“We do appreciate the performance displayed so far. The institution is interested in sports and we are looking at how best we can support it for improvement.” He added.

He was flanked by the Assistant Commissioner of Police (ACP) Abu Kalule who is the head of sports and physical fitness in the force. ACP Kalule reiterated that the different disciplines are ready to compete and retain the overall winner’s trophy.

The contingent is headed by Commissioner of Police (CP) Muluya Moses who expressed commitment to spearhead the team in achieving its objective in the competitions.

The 2022 games are seen as a unifying factor that will bring together the armed forces as they socialize, identify, grow and promote talent.

The 16th edition is hosted by Uganda Wildlife Authority and its held at Queen Elizabeth national park. 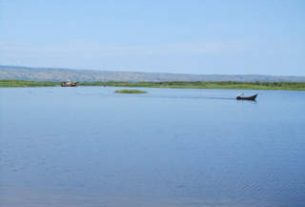