The territorial police in Moyo, is actively investigating the shooting and killing of Police Constable Moro Majid which occured on the 7/01/2020, at around 1200/c, at Onyire village, Logoba Parish, Moyo Sub-County; Moyo District.  The officer with 8 others had responded to a disturbance call of mob justice where they managed rescue one Masegera Mansoro, who was being lynched, allegedly for poisoning two boys and killed them. In the process, of transferring the suspect, our officer was hit by a stone and fell down unconscious. The rowdy crowd grabbed his gun, shot him dead and abandoned it at the scene with 08 rounds. It was recovered and exhibited.

The deceased was a dedicated Police officer, a father, husband and a colleague. He joined the force in 2011, and had served for 9 years. He becomes the second Police officer to be killed in the line of duty within the region, in the last 4 months. His body was taken to Yumbe District, for further burial arrangements. While the bodies of the other 2 victims; Alumai Isaac Torage, 18 year old male and Mega Patricia a 21 year old, who allegedly died of suspected poisoning were also handed over to the relatives.

The IGP extended his deepest condolences to the family, friends and colleagues of PC Moro Majid. He added that this was a tragic reminder of the sacrifices we make every day in the line of duty, to serve and protect our citizens. His legacy, selflessness, bravery and sacrifice, will forever be remembered. May his soul rest in eternal peace.

The suspected shooters are still on the run and efforts to have them arrested are in place.

We have meanwhile intensified our community policing initiatives in the community to purposely sensitize them about the dangers of taking the law in their hands. 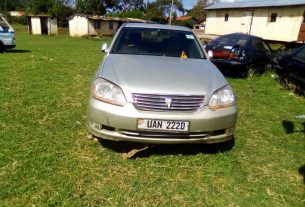