The Joint Security Agencies are closely monitoring the leadership conflict at Kumi Diocese, which is threatening to split the congregation and followers, and draw them into acts of violence.

The background to the conflict originated in 2019, where Rev. Okunya was elected as the 2nd Bishop of Kumi Diocese.  His election was however, revoked on Feb, 2020, by the then Rt.Rev. Stanley Ntagali, on grounds of falsification of age.  Rev. Okunya petitioned the High Court, contesting the revocation of his appointment under civil suit 205/2020, which was dismissed, in favour of the trustees of the church. As a result, the trustees of the Church appointed a caretaker as Bishop Charles OdurKami.

All these developments left Rev. Okunya discontented along with a few other senior members of the church.  He however, went on with plans to hold his consecration as the 2nd Bishop of Kumi Diocese, that was scheduled to take place on the  23.01.2022, at St. Philip Church Ngora. We however, blocked, the illegal concecration following communication from the Archbishop, Church of Uganda, and the caretaker, Bishop, Kumi Diocese.

As the Joint Security Agencies, we strongly condemn the acts of propaganda aimed at inciting violence, hatred and divisions between the clergy and the laity.  So far, 51 suspects have been arrested, 26 who were found evicting tents at Ngora Cathedral for the illegal consecution and another 25, who were intercepted while travelling from Kumi to join the group in Ngora.  They are charged with various offences of incitement to violence, threatening violence, criminal trespass and inconsiderate use of the road.  A total of 7 motorcycles, 1 bicycle, and two motor vehicles ie a Noah motorvehicle under registration number UAV951S, a Tipper ELF under registration number UAQ 876T, were impounded and parked at Ngora and Kumi CPS respectively.

We urge Rev. Okunya to respect the court judgement and the Church Protocols.  The Church of Uganda is well regulated; therefore, its activities, duties, function, powers and authority must be respected.  Where one cannot continue subscribing to the church, they can move forward and set up a Ministry outside the Church. 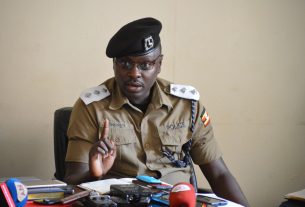 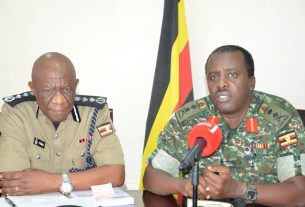 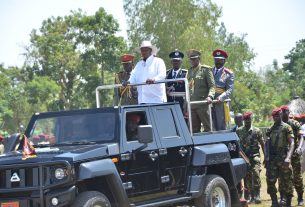