Police has asked event organizers to work closely with security to secure Ugandans as they usher in the new year 2018.

While addressing the media today at Central Police Station Kampala, the Police Spokesman Senior Superintendent of Police Emilian Kayima said, “the territorial commanders must ensure vigilance and visibility of personnel in their areas and work hand in hand with event organizes to secure people and their property.”

On motor cyclists who tend to scratch the motor stands on the road while ushering in the New Year, he said such activities should be avoided as they risk being apprehended.
On Christmas celebrations, Kayima said they were generally calm a part from a few accidents registered along the highways mostly caused by human error.

One aggravated robbery was also registered in Mubende on 28/12/2017 at 2000 hours in Kalamba trading center, kiganda Sub County in Mubende district where three armed men with 03 guns entered the shop of Mulalira James and robbed unspecified amount of money and took off. He said police is hunting for the culprits.

He however said that the country is generally calm and secure and asked security agencies to be vigilant to ensure Uganda is secure during the end of year festivities. 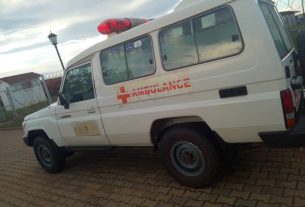