The Territorial Police in Nansana, charged to court one Lubega Denis, a 23 year old, of Yesu Amala Zone, Nansana Municipality, Wakiso District, with Aggravated Defilement of a 4 year old female juvenile.  The suspect kidnapped the victim at around 11:40am, and led her to a bush within the same village, where he forcefully assaulted her sexually.

It was around 2pm, when the matter of her disappearance was reported, that news spread quickly, and the community teamed up with police to search for the victim.  After 6 hours, the victim was found hidden in the bush and sexually assaulted by the suspect who was attempting to escape.  The victims private parts and anus were shattered. There was blood visible at the scene.  Forensic samples were obtained from the scene, the victim and suspect. The victim was transferred to Mulago National Referral Hospital and is undergoing surgery to try to rectify the damage on her body parts.

We would like to commend the community at Yesu Amala village for the critical role they played in recovering the victim and the arrest of the suspect.

In a separate development, a 52 year old, male adult, identified as Butambatai Tusa, was assaulted to death by an irate mob, in Kirabyoya village, Kigweri Parish, Nakitoma Sub County/Town Council, Nakasongola District, after he was found defiling a 5 year old victim, at around 6:30pm.  The victim was rushed to Nakasongola Health Centre IV for treatment and surgery.  The body of the deceased was taken to the mortuary for post-mortem as inquiries continue.

Another incident was registered at Mpigi Central in Mpigi District, where one Bwekembe Justine a 30 year old, found her 6 year old daughter being defiled by an 18 year old, male adult, identified as Kiiza Farook.  The suspect was arrested and detained in custody, while the victim was taken to Mpigi Health Centre IV for further treatment.

On the 8/12/2019, at around 2pm, at Maddu “C” village, Gomba District, one Ngabire Wodeta a 25 year old, business woman, looked around for her 31/2 year old daughter, only to find her crying behind their house, upon being defiled by Sembusi Godfrey, a 19 year old, mason, from the same village.  The victim was rushed to Maddu “C” clinic for first aid and transferred to Mulago Hospital.  The suspect was arrested and in custody.

To have these very young female juvenile abused by these sex predators is unacceptable.  This is proof that evil beings still exist in our communities.

We are deeply committed to thoroughly investigating these sexual acts of violence against children, and ensure the predators are kept in jail for a long time.  Due to the nature of these crimes, we believe there could be more victims out there, and we call upon anyone with information to contact the nearest police unit or the Sexual and Gender Based Violence Unit at CID Headquarters, Kibuli. 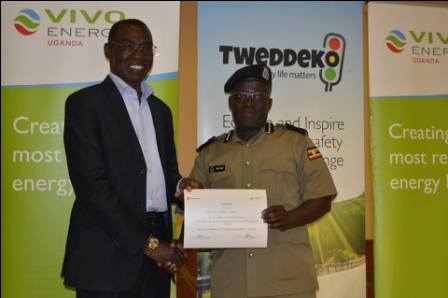 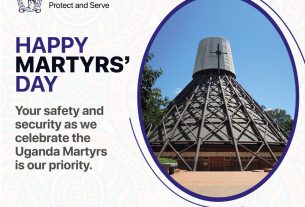