The Territorial Police in Nateete is actively investigating an attack on several vehicles caught up in the jam, along Wakaliga Road, between petrol city and Nateete Market, by drive-by suspects on a motorcycle. The incident occurred on the 7/04/2021 at around 9pm.

Out of the eight vehicles that were being targeted in the jam, two vehicles were slightly damaged after the petrol bombs were hurled at the motorists. The victims include; Kasozi John, a 25 year old, businessman  of Rubaga, who was driving a Prado silver grey, under registration number UAR 720Q  and Musoke Lawrence, a 41 year old mechanic, driving a Toyota Premio silver grey, under registration  number UBF 955T. Fortunately, there was no collateral damage.

We believe these are part of the gang that was targeting government vehicles during the month of June 2020, where 3 suspects were arrested and charged to court.  Our task teams are analysing CCTV footages along the section and the immediate neighbourhood, for any leads.

In a separate development, the Directorate of Crime Intelligence has confiscated several factory made catapults during its intelligence operations, that could have been imported by negative elements as tools of violence. The catapults are capable of firing metallic projectiles or bearings, thus posing serious danger to the safety and security of Ugandans, including security. We believe there are more of such prohibited items that could be out there, and we call upon those who have them to surrender them to police immediately, before we reach out to them.

We urge members of the public to remain vigilant and cooperate with the police, by volunteering any information surrounding such disruptive behaviour by negative elements. As the joint security agencies, we shall take all resolute measures to counter all forms of violence aimed at destabilising the prevailing peace in our country. In our previous counter terror operations, we have seized pangas, bows and arrows, iron bars, knives, locally made tyre cutters, and large quantities of materials used in making petrol bombs. 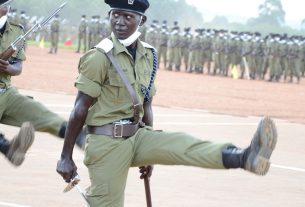 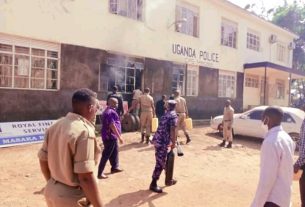