police officers have been told to derive proper planning mechanisms as one way of survival.

The call to officers from North Kyoga region, was made by SSP Kwerit Christopher, the head of political education in the Uganda Police Force.

“Lack of planning is affecting most of you. Some you think you should be somewhere permanently. Sometimes because of the free utilities like water, electricity and accommodation, you end up not owning your personal homes. It’s high time you used your Initiatives and plan for your future because police work can end anytime, ” Kwerit said during the rectification campaign program at Lira Municipal Hall.

I know, he added: “We have other responsibilities but let’s plan for our homes. Make use of our Exodus Sacco, join, get loans from there at low interest rates and have the culture of saving and when you save, please save for a purpose and not withdrawing your savings for unnecessary things. Plan for your future because you never know what tomorrow has for you.”

The rectification campaign, launched in 2016 with the sole purpose of rectifying the image of the Uganda Police Force to which Kwerit was addressing, came at a time when complaints from the members of the public against Police officers were high.

The complaints were on how police officers executes duties, handle files and respect for human rights among others.

Therefore, the purpose of the visit is to inspect police units, interact with police officers in form of Barazas and also meet members of the public and inform them about community policing and hear from them on how police performs and thereafter come up with reports that are submitted to the Inspector General of Police for follow-ups and solutions. 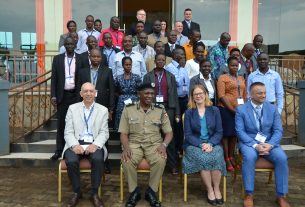 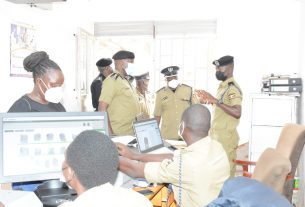