The Territorial Police in Kiira Region, working in close coordination with Bugembe police, has in custody, a Pastor of Christ the Answer Church, called Pastor Masiga Robert, aged 40, on allegations of Aggravated Human Trafficking and Sexual exploitation of girls.

The police in Buwenge, became aware of the suspect, when a 17 year old, female juvenile disclosed how he persuaded, induced and enticed her into having sex with him, which led to her pregnancy.  A raid was conducted on his churches at Buwenge and Tororo.  In Buwenge, a total of 33 victims were recovered from his home at Kyerinda village, Buwenge Town Council, in Jinja City, while an additional 20, were recovered from Tororo. Three (3)adults were also re-united with their families, bringing the total number of victims to 54; all aged between 4 and 25.  They comprised of 27 female juveniles, 04 female adults, 22 male juveniles and 01 male adults, who in close coordination with the Human Trafficking Institute have been handed over to respective shelter homes for better protection and counseling.

On further examination of the female victims, an additional 3 girl victims were found to be pregnant, bringing the total number to 4.  They indicate that because the pastor was older and described himself as a pastor, a good Samaritan, guardian and father-figure they found it difficult and fearful to resist him.  He sexually abused them countless times.

The arrest of the suspect reflects the seriousness of these crimes and the trauma it causes the innocent girls and other victims.  We are going to ensure we bring him to justice, for sexually exploiting 4 young girls and pregnanting them, and for the Aggravated Trafficking of Human beings.

We urge all members of the public to take keen interest in their neighborhood, especially where children and other vulnerable persons are gathered for further care and support.  We also call upon parents and guardians who hand over these vulnerable children to such self-styled orphanages and church ministry, to always make follow-up.

We want to thank the diligent task teams from Kiira Region, for their efforts in cracking down on Child Sexual exploitation and trafficking in persons.  We want to warn all perpetrators, who choose to sexually abuse children that they will be caught, and prosecuted.  The suspect is being charged on several counts of Aggravated Human Trafficking, Aggravated Defilement and Conspiracy. 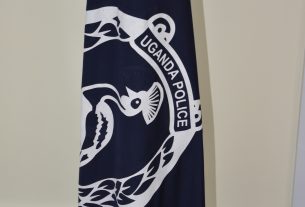