The Territorial Police in KMP East and Kiira Division, has in custody, a one ASP Owori Lamech, a 36-year-old, police officer attached to Kawempe Police Station, for the alleged murder of Sebyala Brian, a businessman of Nsawo Zone, Namugongo Division, Wakiso district. The facts gathered indicate that on the 13.08.2022 at around 11.50pm, the victim Sebyala Brian, parked his car, a VISTA Silver Grey under registration UAK398D, while waiting for a friend. A few moments after, his car was knocked by the driver of a Premio, Silver in colour, registration number UBE 179F, who was later established, to be ASP Owori, Lamech, a resident of Kito “B” Kirinya, Wakiso district.

The unfortunate accident resulted into a disagreement which led to the blatant shooting and killing of the victim. The suspect drove off to his home where he was arrested from. His car was impounded and found with a scratch on the front part of his motor vehicle, passenger side, which had an impact with the victim’s car. In addition, the police pistol was also recovered and exhibited with only 13 rounds. One bullet was missing, but the cartridge was recovered, from inside the suspects motor vehicle and exhibited.

It is tragic that we are faced whose life was taken by a person who was supposed to protect him. Every single life is precious, that when lost it absolutely devastates the community. Right now, our prayers are with Brian’s loved ones. We officer our sincere condolences to his immediate family, relatives, friends and all those who knew him.

The IGP has strongly condemned the act of impunity, and tasked CID to ensure the matter is thoroughly investigated and justice constitutionally served. Although, the actions of the officer are an embarrassment to the entire UPF, we shall continue to be responsive to members of the community. So far a thorough field assessment which included interviews from witnesses, crime scene assessment, ballistic analysis indicates that the deadly force used by our officer, was unjustified. We are also taking interest to establish, whether the incident could have been recorded on public and private CCTV cameras. And further obtaining background checks on the behavior and actions of our officer leading to the incident.

We continue to cooperate with the family, and will update them with every progress of the investigation. We are confident the homicide team will conduct a thorough, fair and honest investigation of murder and charge the suspect to court on evidence. May the soul of Brian Sebyala rest in Eternal Peace. 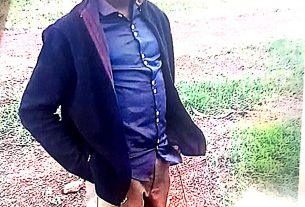