On Tuesday 21st January 2014, the Inspector General of Police, Gen. Kale Kayihura signed a Memorandum Of Understanding with the Director General of the Turkish National Police, Mr. MEHMET Kiliclar at the Turkish National Police headquarters in Ankara Turkey.Since 2013, there has been increased cooperation between the two countries’ Police institutions. The purpose of the signing was to cement and enhance the already cordial relationship between the parties as well as provide a legal framework for further cooperation. Also present at the signing ceremony was Kasuja Moses Kalule, Deputy Head of Mission at the Ugandan Embassy in Turkey.

The Police delegation in Turkey headed by the IGP visited a number of Turkish Police departments and identified areas of cooperation especially in the field of capacity building. So far the enhancement of a cyber crime unit and capacity building in the forensic science directorate are some of the areas that are going to benefit under this arrangement.The signing of the MOU is therefore a milestone not only in the modernization of the Uganda Police but as well as general policing in the region. It will be recalled that Uganda was chosen among the East African Community member states as well as the 13 countries under EAPCCO (Eastern Africa Police Chiefs Cooperation Organization) to host and develop the forensic science department as a center of excellence in the region.At the recently concluded Police Chiefs Retreat held at Paraa Safari Lodge in Uganda, the President of the Republic of Uganda emphasized the need for cooperation at regional and global level if the fight against crime is to be successful. 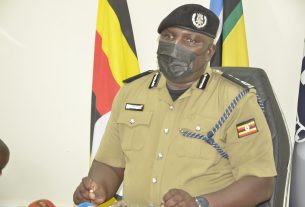