Today 21st May 2014, a man suspected to have been attempting to steal a motor cycle belonging to student at Makerere University has apprehended by the police this afternoon. In the course of arresting him, the suspect attempted to run and the police chased after him. The suspect ran and hid at the library probably because he thought he could evade the police since there were many people utilizing the library. On seeing the police chasing the suspect, one student gave off a false alarm to the other students in the library that a bomb had been discovered there. The students immediately tried to run out of the building while others attempted to jump out through the windows to safety. Unfortunately, some sustained injuries and were rushed to hospital and they are now recuperating.

The suspect in the theft of a motor cycle has been identified as Walukaga Moses of Kyotera in Masaka. Intelligence information so far received is that the suspect delivers matooke to s.sudan but has on many occasions been believed to be involved in the rampant thefts of motor cycles at the university and other places. Prosecution into these cases has commenced.

This incident follows another one which occurred on Monday 19th May 2014, when a third year student who had applied to do a job in London was called upon by people unknown to him for an interview at Bukoto. On reaching at Bukoto the student was asked to do an assignment of delivering a parcel at the university where it it could not easily be seen. The student then would be paid fifteen million as appreciation. This triggered off suspicion in the student who then alerted the university administration and the university security.

A team from the Counter Terrorism Directorate working together with the university took over investigation of this matter are in the process of coming up with findings on who these people are, what is their motive and who their accomplices are. A highly qualified security team has been deployed at the entrances and exits of the university to ensure safety of the students and that of the whole institution as they sit for their exams.

In the wake of several terror threats and activities across the continent, these call for more vigilance and alertness. Students and the general public are encouraged to report any suspicious person or item within their vicinity to the police nearest to them.

The police is highly committed to ensuring the safety of people and their properties while working together with the public to utilize timely intelligence in countering crime. 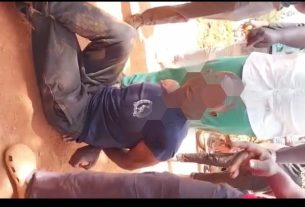