On 29th June 2017, the Uganda Police Force together with other security force teamed up to ensure safety and calmness during the bi-election in which the people of kyadondo East voted for their member of parliament. The voting process was successful, with every minor crime incidents reported to the police. 27 people were arrested in connection with the violation of various electoral laws. We congratulate the MP elect of Kyandondo East, Kyangulanyi Robert aka HE Bobi Wine upon this land mark victory. Congratulations too to the people of Kyandondo East for participating peacefully in this election. We would also like to thank the Kampala Metropolitan Police Commander CP Frank Mwesigwa and the entire KMP team, as well as all sister security agencies that supported the police in ensuring a peaceful election in Kyandondo East. We urge the new Member of Parliament work closely with the police within Kyandondo East in order to promote security in the area especially through community policing programmes.

We have received reports about power lines vandals. They mainly target heavy angle bars especially at high voltage electric towers (pylons). These cases have been reported along Jinja- Kampala highway where 30 pylons were vandalized last week in the remote areas of Mabira forest despite CCTV security systems fitted there. Other related incidents, on 2nd June 2017, unknown people stole 263 meters of copper earth-wire worth UGX 19 million from Lugazi Electricity Distribution sub- station in Lugazi town council, Buikwe district. On 16th June 2017, they vandalized transmission wires in Kikandwa sub-county, Mityana district while others cut off a section of the power line to Bukorwa Trading Center along Wobulenzi- Nakaseke road and left residents in blackout. These incidents have led to unstable power supplies which have resulted into power cuts as well as affecting the normal running of businesses. We therefore, encourage the general public to be vigilant and report any suspicious persons seen tampering with the power lines order for them to be apprehended. We are working closely with UMEME so as to ensure that these persons are brought to book.

Investigation into the murder that occurred on Friday 23rd June 2017, at Butungama village, Butungama Sub County, Ntoroko district continue. The District Police Commander (DPC) ASP Atuhaire Gerald together with the District Internal Security Officer (DISO), Sergeant Babishanga Brian and the Commanding Officer (C.O) for the 3rd Mountain Battalion in Rwenzori LT. Col. Muhangi Richard are still helping the police with investigations. Two people were shot dead and the C.O of the 3rd Mountain Battalion was seriously injured and still hospitalized. 6 people have been arrested including the DPC, DISO, the DPC’s escort and those of the commanding officer of the 3rd Mountain Battalion. Four motorcycles were impounded and taken to Ntoroko police station. The deceased person, who are residents of the Butungama village were identified as Irumba Erasmus and Kanyoro Sight, both are male adults.

On 25th 06 2017 at around 0930hrs at St. Charles Lwanga Vocational and Secondary School Malongwe in Buikwe district, a dormitory measuring 30X15 feet occupied by seventeen students caught fire as the students were at the church for Sunday service causing total damage to the whole dormitory and properties therein. The cause of fire was suspected to be an electric short circuit. Scene visited and inquiries at hand. 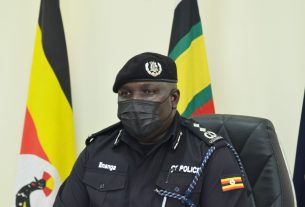 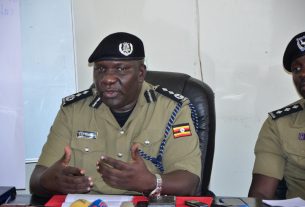