The Territorial Police in Greater Masaka, in close coordination with Kyotera and Masaka Police, arrested two suspects on charges of kidnap for ransom and related conspiracies.  The incident occurred on the 7/3/2021 at Kabaawo village, Mutukula Town Council, in Kyotera District, after a stranger riding a bodaboda, went to the home of Nnalongo Nalutajjumwa Caroline, a 30 year old, businesswoman.  He found Naginda Ruth Meeme, a 17 year old, maid and convinced her how, her landlady, had sent him for her son, Kato Shaza, a two-year old, male juvenile.  She handed over the victim without first cross checking with her landlady.

The task teams, using advanced surveillance method tracked down, Mugamba Shafik a brother to the prime suspect which resulted in the successful recovery of the two year old victim from Mbuye village, Kasaali, Town Council.  He was being harboured by their mother Nabalema Christine, who was arrested accordingly.

The prime suspect Mugamba Sulait was arrested from Masaka, where he operates a hardware shop.  He admitted that, the ransom was meant for additional Capital. He is being charged with kidnap for ransom, while the mother for conspiracy, aiding and abetting a crime, Efforts are  in place to tarck down  the bodaboda rider, who picked the victim from their home in Kabaawo village

We want to applaud the Joint Task Teams for the successful recovery, of the victim and arrest of the suspects. 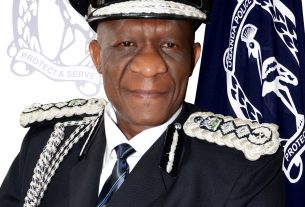 IGP THANKS H.E THE PRESIDENT FOR CONTRACT RENEWAL 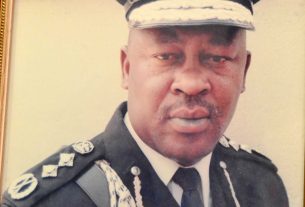