The 12th annual Inter- forces competition, have started with shooting activities at Kigo Prisons range grounds and expected to end on Saturday 16th May 2015.

This year’s Edition is hosted by Uganda Wildlife Authority (U.W.A) under a theme ‘Enhancing wildlife Conservation and security through sports’. This is intending to build new UWA’s brand as the leading wildlife conservation agency in Africa.

The Uganda Police Force is the defending champion of the two previous editions of the Inter- forces’ games and have promised to hold on to their championship for another third time.

AIGP Andrew Sorowen said that he is confident that his team will mount a proper defense of their Inter Forces Games.

The 12th edition will be more spiced up with a social responsibility event of cleaning in Kivulu, Kikoni as a way to give a new look in the eyes of the general public towards inter- forces games.

This year’s events will be held at three venues of kigo shooting grounds, Makerere University and Mandela National stadium Namboole.

The public is invited to support and cheer the teams as they play at Namboole stadium and Makerere University. Entrance is free

The program will be as follows. 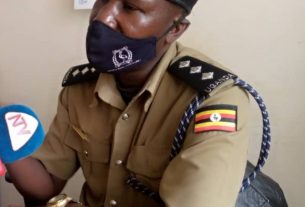