Ladies and Gentlemen, I warmly welcome you to this Press Conference whose purpose is to update the country on the general crime situation with emphasis on some murder cases under investigation.

Generally, the security in the country is calm and as a result there is remarkable political, social and economic stability. However, in spite of the general stability, the Uganda Police Force (UPF)continues to register pockets of criminality especially in Kampala Metropolitan Policing Area and isolated incidents in other parts of the country.

Specifically, I would like to highlight on the progress of Police investigations pertaining to the following cases that were reported between 2012 to date:

Investigations are ongoing and so far 9(Nine) suspects have been arrested. One of them will appear in court today on charges of murder.

It occurred on the 26th day of November 2016 in Masanafu trading center in Rubaga division Kampala district.

It occurredon the 17thday of March 2017 at around 0940hrs, in Kulambiro, Kampala district.

These occurred between January 2017 and January 2018 in the diverse places of Masaka, Bukomansimbi, Kalungu, Lwengo and Ssembabule Districts.

Among the suspects is Jamil Mukulu the leader of ADF and Mohammed Matovu alias Mark Ssebaduka and Umar Mutuka.

The accused persons are on remand and the cases are at pretrial stage in the High court.

The UPF re -assures the general public that it will continue to coordinate with other sister agencies, Directorate of Public Prosecutions and  Judiciary to fast track all the  criminal cases and ensure that the suspects are apprehended and produced in courts of law.

The UPF appeals to the media and the general public to continue cooperating with its officers in providing timely information on any criminal related.

As a reminder, these are the toll free lines that the general public can use to reach us in case of any information;

Finally, I thank you for listening to me.

FOR GOD AND MY COUNTRY 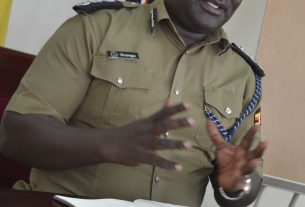 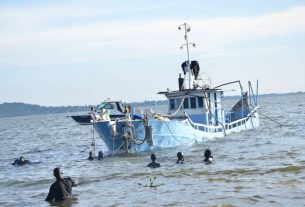