The three day workshop will run under the theme “Sustaining Regional Cooperation to Combat Terrorism and Violent Extremism.”
In his address Gen. Kayihura thanked the organizers of the workshop at such time when the world and region are coming together to fight terrorism.

“I want to extend my express appreciation to the regional Bureau and the Secretariat and partners especially the Institute of Strategic Studies and Interpol for organizing this workshop which is part of our business plan for this year as EAPCCO.”

He added, “There is no question that in dealing with terrorism at the high end of transnational crimes we must work together, and help us evaluate the situation as far as fighting terrorism is concerned.”

The IGP explained that “the last successful terror attack in Uganda was the 2010 suicide bombing, since then we have foiled a number of attempts thanks to the cooperation within our East African region as well as our friends beyond.”

He added that “Terror Threat is there, it’s real, and they will not warn you so we need to be vigilante alert and not complacent in a comfort zone so one of the major output here is to look at the balance sheet in the region and assess where we are, lessons learnt positive, negative and obviously plan its only through such workshop that we can fight the living threats of terrorism as they manifest themselves.”

Fighting crime must involve addressing weaknesses the terrorist always take advantage of, the weakness in the global link so it’s really a good appreciation that we must confront this together hence I want to thank our partners for this initiative.

About 60 participants from 14 member states of East and Central Africa Police Chiefs Cooperation (EAPCCO) are attending the workshop. 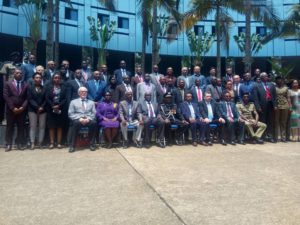 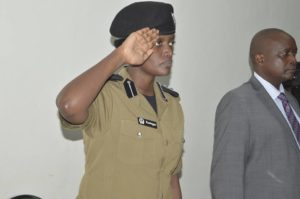 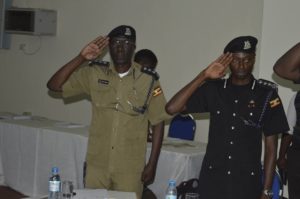 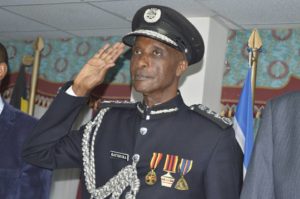 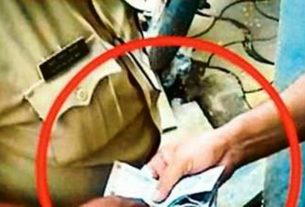