Home > Latest Posts > IGP mourns Kakooza
The Inspector General of Police JM Okoth Ochola has today mourned the fallen Commissioner of Police Josephine Kakooza during a requiem mass at St. Peter’s Catholic Parish Church, Nsambya.
” I and the entire  Uganda Police Force mourn the unfortunate death of the longest serving , experienced, dedicated and hardworking Officer, ” Mr. Okoth Ochola said in a condolence message read for him by the Director Special Duties  AIGP Andrew Sorowen.
“By her death the family members, Uganda Police Force and the country at large have been robbed of a dedicated Officer with high integrity, commitment and zeal towards her job. she will always be remembered for her talented leadership in music ,dance and drama,”  said the IGP,
“On behalf of Uganda Police Force and my own behalf , I wish to convey my heartfelt condolence to the family, relatives , friends and comrades of the late CP kakooza. “
The late Josephine Kakooza joined  Uganda Police Force on 1st September 1969  and did initial Police training course at Police Training School, Kibuli . After completion of the initial course she specialized in Band . She was stationed at Nsambya Police Band Unit where she served until her death . She progressed in the Force through promotions, commendations and medals  awarded.
She was promoted in 1982 to the rank of Corporal and got Sergeant in 1987 then to Inspector of Police in 1993.
She did Junior Command Course in 1997 and other several courses in and outside the country.
In 2004 she was promoted to the rank of Assistant Superintendent of Police and SP in 2008 .
In 2012 , she was promoted to the rank of Assistant Commissioner of Police .
In 2013 she clocked the public service mandatory retirement age but because of her exemplary service ,was allowed to serve on contract and in 2014 was promoted to the rank of Commissioner of Police she held till her death.
Because of her notable service, she was the only Senior Police Officer introduced to Pope Francis when he visited Uganda in November 2015 . 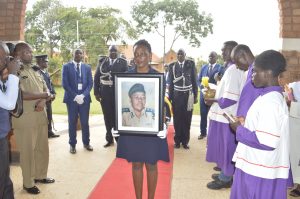 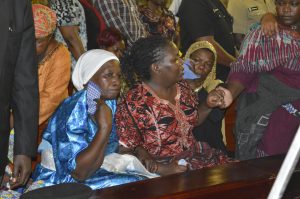 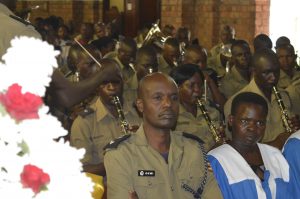 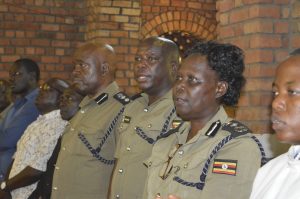 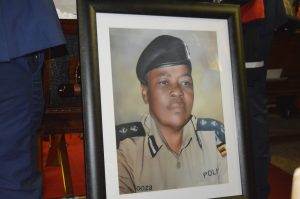 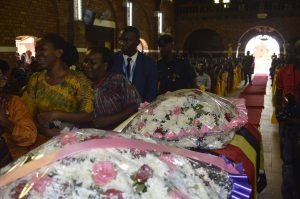 Minster Aronda calls for joint effort to save Somalia 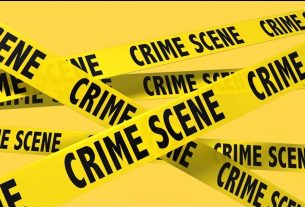 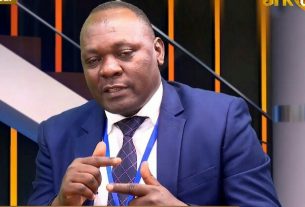 One Held for Impersonation