On the 4.07.2022, a one Good Friday Edison of Kanoni in Kazo district, who is also member of Kanoni Elites SACCO, took photos of the firefighting track in Ibanda under registration number UP4739, while drawing water from the fire hydrant at Kitookye stage. He went on to tweet “Fire Brigade vehicle in Ibanda district, is used to supply water in the villages, each trip costs shs. 300.000/=

This prompted an immediate investigation by management and a team from Professional Standards Unit was dispatched to conduct investigations. We have since established that the allegation was factually wrong and malicious. The truck had been grounded since April 2022, and its on the 3.07.2022 that it was repaired by mechanical engineers from Kampala. The following day of 4.07.2022, it was test driven by CPL/Driver Abigaba Samuel, with firefighting crew members PC Koyekyenga Delson, PC Tuwangye Jacob, PC Waniaye Aron and PC Muhindo Habson, thereafter, took the vehicle for water filling at a fire hydrant at Kitookye stage, in Ibanda. They returned and parked at the station pending any fire emergency. There was no misuse as alleged. The officers have been exonerated following the findings.

Misuse of government resources is a very serious matter and we encourage the public to always take interest in the use of police resources in their respective jurisdictions.

We should however, avoid posting false allegations on social media, accusing people of committing crimes they did not commit 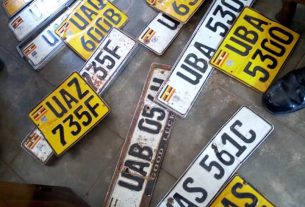 One Nabbed Over Number Plate Theft 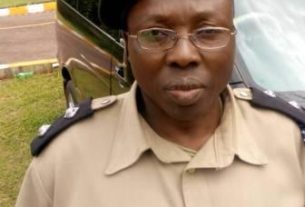