The donation was handed over to the force in the presence of the Deputy Inspector General of Police, Maj Gen Sabiiti Muzeyi.

German ambassador to Uganda, H.E Dr. Conze Albrecht while handing over the donation at a function held at police headquarters Naguru said the contribution is a continuation of the long time Uganda –German relationship.

“This cooperation is going to continue not only in material support but also in training and exposing the Uganda Police to modern ways of police work,” he said.

Receiving the items, the Deputy IGP Maj. Gen Sabiiti, thanked that German government for their continued support to the Uganda Police Force .

“This is an enormous support to the Uganda Police Force by your Government. It is an illustration of the strong relationship that exists between the two sister countries. It is also a demonstration of the fact that fighting crime, which has now taken a transnational dimension, is a responsibility of every country. Through His Excellency, we would like to thank your Government for the continued support,” Maj. Gen Sabiiti said adding, “This support will not only help us to fight crime within Ugandan but also cross border crimes under regional continental and international policing arrangement, your continued support in different investigation disciplines such as drug trafficking, terrorism and money laundering is highly  appreciated.”

This is not the first time the German Government is supporting the Uganda Police in capacity building through  trainings, transport and equipment provision. 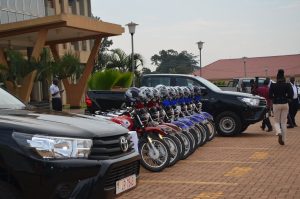 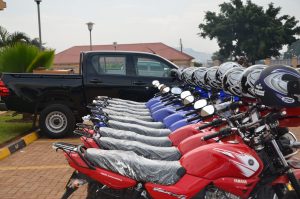 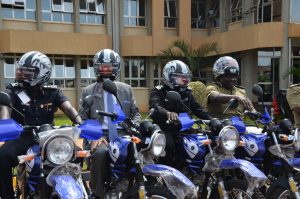 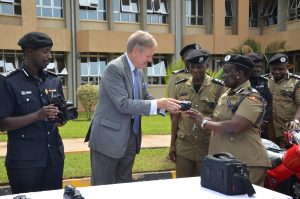 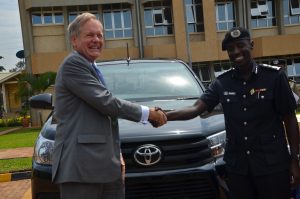 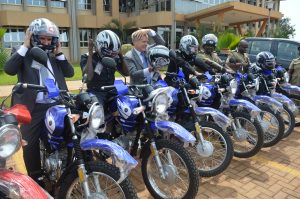 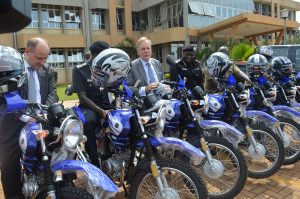