Home > Latest Posts > Four netted over cattle theft
Police in Kiboga has arrested four suspects in connection to theft of cattle.
According to  ASP Nobert Ochom, Wamala Regional Police Spokesperson,  the thugs  attacked the home of a widow identified as Makuza Edisa,a resident of  Kalokola  village in Bukomero sub county Kiboga district at 0200hrs on 13th April, 2019 and stole 21 heads of cattle.
Police was notified and  swung into action and arrested the suspects as they   planned  to transport the stolen cattle  to Kampala.
The suspects in custody  have been identified as Kirabira Abbas, Kigongo Ibrahim, Sekitoleko John and Makubuya Eric.
The stolen cattle has been returned temporarily to the rightful owner to look after as Police could not keep them until the court process is over. 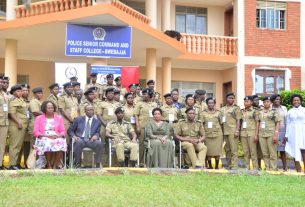