Home > Latest Posts > Foreign Criminal Network in extortion Racket Arrested
The territorial Police in KMP has two suspects , including an Indian and Ugandan , in connection with an extortion Racket where they invited Indian nationals under the pretext of connecting them to Canada for employment.
The suspects identified as Praful Butan a Male adult of Indian origin and  Mugumya Ignatius Ugandan , invited four Indians who included;
-Akshay Parapati
-Sahil Patel
– Atul Patel
– Kalpesh Vyas, on the 15/01/2020 and bound them in the Jolly Court Hotel at Kasanga and were lator removed on the 21/01/2020 at around 9:00am , with a pretext of transporting them to Entebbe Airport enroute to Canada.
They were instead confined at Allianz Hotel in Bweyogerere where the Racket started demanding 50,000 USD from their loved ones in India  , a Complaint was registered and the victims were on the 26/01/2020  rescued and handed over to KMP
The task team is expanding inquiries to establish whether the extortion Racket has a complex network.
We call upon the Indian Community to help combat such criminal Networks extorting from Indian Nationals by exposing their different methodologies.
Deputy PRO Kampala Metropolitan Police
ASP Luke Owoyesigyire . 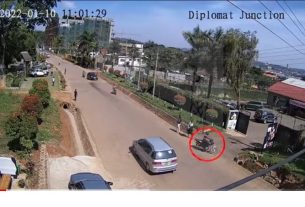