Quinto Anywar was the brain behind the foiled robbery.

His to be victim was a betting center, Fortbet in Kalisizo.

Our findings are that Anywar wanted to raise money to flee to Gulu in order to escape from murder charges against him back in Masaka.

He was however arrested before he could strike his move.

Also recovered are, a riffle he used in shooting dead his girlfriend and two ammunitions.

Anywar has been on the run after killing his girlfriend who was working in a private security company in Masaka under what appeared to have been love gone bad.

The suspect is currently being detained at the Central Police Station in Masaka. 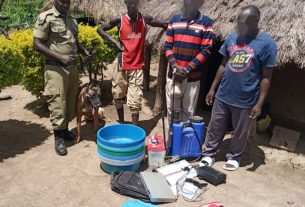 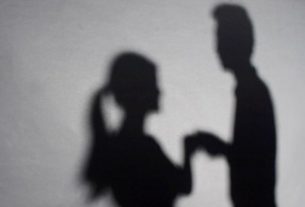