Home > Latest Posts > Five arrested over murder
The police in Kasanda has arrested five people   to help them in  investigations,in a case of murder by cutting of one  Nantume Florence, 37years a ,traditional healer and resident of  Binikira west, Kassanda town council,Kassanda district.
The incident happened on 04/03/2019 at around 0100/c.
Its alleged that the assailants armed with two pangas tricked the victim by pretending to steal her piglets prompting the  noise from  the piglets to force  her out of the house.
She was then attacked cut on the neck and hands  killing her instantly
The postmortem was done and body handed over to the relatives for burial arrangements as inquiries into the matter continue.
Report by Wamala region PRO ASP Norbert Ochom 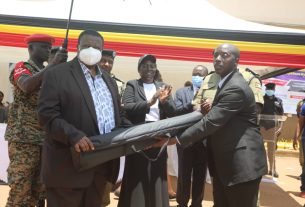 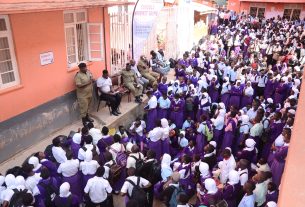