The Territorial Police in East Kyoga and Serere district have charged to court, a 22 year old father, identified as Ogadia John Robert, of SAPIR village, Kangodo parish, Kyere sub county in Serere district, with the Aggravated Defilement and unlawful carnal knowledge of his 19-month-old  son.

The facts further indicate that during the year 2021, the suspect separated with is wife, after giving birth to their son. After failed attempts to reconcile, he went and picked his 19-month-old son, from the mother during the month of October, 2022. He allegedly started sodomizing his son at night, whose painful cries, attracted the attention of the neighbors who alerted the police.

Intrafamilial sex abuse, where children are abused by adults is real and shatters all the trust within the family. Some family members may find it hard to believe the abuser could do such a thing. We continue to call upon mothers whose children have been abused by a father or relative, to take courage and stand up for their child or children. We are aware some of the mothers face challenges of dealing with family members who do not believe that abuse occurred or who continue to maintain their relationship with the abusers, the possibility of economic hardships, especially if they are financially dependent on the abuser, possible loss of friends, making sense of conflicting advice from friends, family or religious leaders who may think you should forgive the perpetrator and legal authorities who expect you to report the perpetrator.

Remember it is your response that plays a powerful role in the healing process of a molested child. 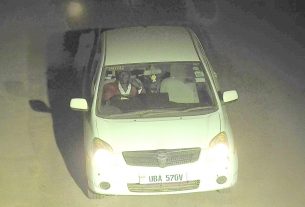