The Directorate of Crime Intelligence in close coordination with the Territorial Units in Kiboga and Old Kampala, conducted a well-coordinated raid on major metal business locations in Kayiwa Zone, that was dealing in suspected stolen electric gadgets and transmission wires from electric utilities and poles.

Our intelligence teams tracked down the suspects up to Kayiwa zone in Rubaga and recovered an assortment of electric gadgets, metals and cable wires, worth Ugx3bn.  Among those exhibited are 1460 pieces of 50mm bi-metal clamps, 3480 pieces of reel insulators, 840 pieces of polymeric insulators,  5646 pieces of 60mm PG clamps, 510 surge arresters among others.  Over 80 different categories of exhibits were recovered.

So far 7 suspects have been arrested following the recovery of the vandalised electric metals and cable wires, at 10 stores in Kayiwa zone, Rubaga.  These include; Semaganda Ronald, Matovu Abdul, Musoke Lawrence, Obadiah Matovu, Turyatemba Ashraf, Niwamanya Michael and MuJiri Martin.

We would like to encourage all businesses that are dealing in scrap metal, to streamline their work methods and deal in genuine transactions. The utility company should also adopt wider measures to counter such thefts like target harden, better wire and equipment protection.

The suspects are to be charged with being in possession of suspected stolen items, malicious damage, theft and related conspiracies.  Our operations continue with a view of identifying more suspects. 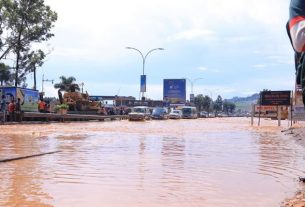 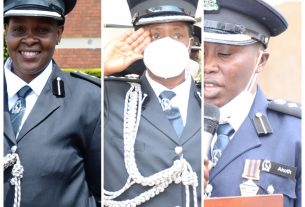