Home > Community Policing > APPRECIATION
On behalf of the Uganda Police Force, I wish to extend our sincere gratitude to;
a) The general local community of Mpatta, the first responders at the scene of Lake Victoria boat accident.
b) Mutima Beach Management.
c) The media fraternity.
d) Mukono district leadership.
e) Ministry of Works and Transport.
f) Uganda Police Force Marine team
g) UPDF Marine team.
h) Civil Society represented by Mr. Kirumira Brian aka Brian White and Hajj Matovu (YOUMA).
i)  Kampala Metropolitan Police, East.
j) Uganda Police Force Directorate of Fire and Rescue services
k)  Ugand Police Force Logistics and Engineering team.
L) Uganda Police Force
It was through your efforts and cooperation that many people were rescued and also helped retrieve the bodies of victims of last Saturday night disaster as well as the help extended to pull the MV Templar wreckage out of water on to the mainland.
We want to urge the general public that whenever there is such operations, we work together as a team and support one another as exemplified in this particular operation and your cooperation is the reason why we succeeded.
The Uganda Police Force extends sincere condolences to the bereaved families and pray that God consoles and be with you during this trying moment.
AIGP Asuman Mugenyi
Director Operations
Uganda Police Force. 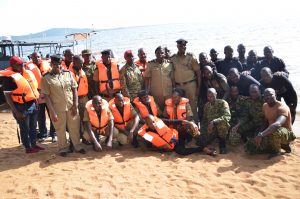 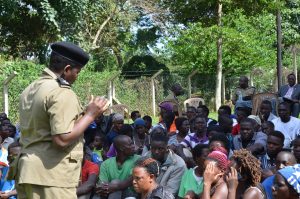 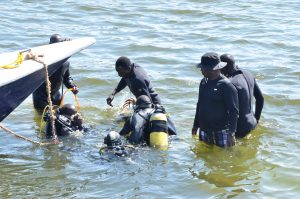 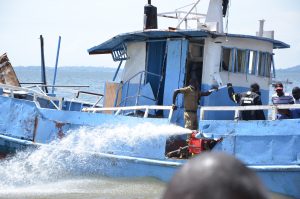 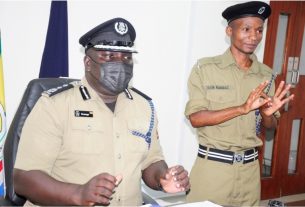 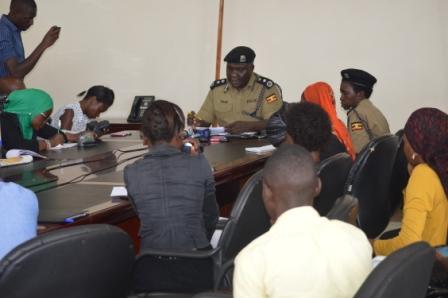