Meeting the Inspector General of Police, Gen. Kale Kayihura at the police headquarters on Tuesday, Hamel said experts from the North African country will try to equip police with skills on how to handle the cameras.

“We will train them to be competent in handling the cameras and also conceptualize the entire CCTV camera system,”Hamel who is also the president of AFRIPOL said.

He said they will also train police officers in other various fields that would be agreed upon by police chiefs of both countries. Gen.Kayihura applauded Algeria for the cordial relationship between the police forces of the two countries that he said would lead to great achievements.

“The CCTV camera project is very important to us and the assistance to us is very welcome, ”Gen.Kayihura said.

“They will give us technical consultancy and also help us prepare for the camera project.” He added that Algerian experts will work hand in hand with their counterparts from Uganda police so as to help implement the program.

Police spokesperson AIGP Asan Kasingye recently said that the CCTV camera project would take 3 phases that will include installation of cameras in the central business district of Kampala and the neighboring areas of Wakiso, Entebbe and Mukono.

“The second phase will be the major towns like Gulu, Fort Portal and Mbale among others before the last phase of installing cameras on all major highways.” Asked to comment on the cost of the entire project, the police mouthpiece described it as a capital intensive project but said he was not in position to tell the cost. “I can’t tell how much it will take but just know it will kick off soon.” 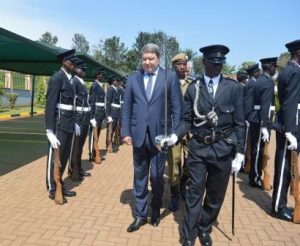 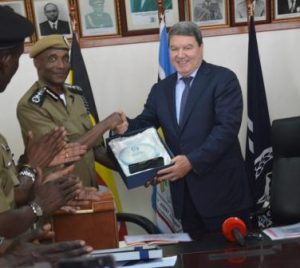 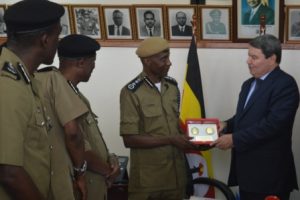 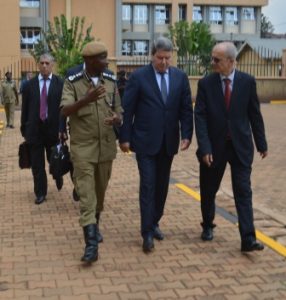