A total of 9 police officers have been charged in 4 separate   disciplinary court hearings at West Nile Region, in Arua, Rwizi Region, at Mbarara and at Police Headquarters, Naguru on different allegations of gross misconduct.

At Rwizi Region, the disciplinary Court Panel, charged 3 police officers namely; Sgt Wachemba Harriet, PC Akatuhurira Ezra and PC Katumba Joseph, after it was established they were involved in corrupt practices of soliciting and demanding bribes from Ainembabazi Moses a bodaboda rider inorder to release his motorcycle, while at a checkpoint at Nyamitanga cell, in Mbarara City who laid a trap and arrested the trio with 36,000 cahs on them which was exhibited.  The two are charged with engaging in corrupt practices.

In Arua, the Police Headquarters standby court charged 6 officers for Neglect of duty, after they permitted, a high profile suspect and rebel collaborator, identified as Denis Ogenwun, to escape from their custody, while transporting him from Arua CPS to Paidha Police Station in Zomba District.  The escape was in the presence of ASP Twongo Joshua, the Ag. DPC Zombo; D/CPL Ojur Sulaiman, CPL Abidrabo B.O. Albert and CPL/Drv Yalaba Gilbert.

It was further established that after the suspects escape, the Ag. DPC together with the District CID officer D/ASP Wanzala Alex Paul and the District CI officer, D/IP Totia Gilbert concealed the matter and failed to report the escape of the notorious suspect from their custody.  Infact, the D/CID/O, in his defence gave false information to his superiors, claiming the suspect had appeared in court, where as not.

Three officers namely ASP Twongo Joshua, the Ag. DPC Zombo, D/ASP Wanzala Alex, the D/CID/O, Zombo and CPL Abidrabo B.O. Albert were sentenced and recommended for dismissal.  In addition, the ASP Twongo Joshua and D/ASP Wanzala were also sentenced to severe reprimand on the additional charges against them.  Meanwhile D/CPL Ojur Sulaiman was also sentenced to severe reprimand for Neglect of Duty.  The other two defaulters; D/IP Toita Gilbert, the D/CID Zombo and  C/DRV Yalaba Gilbert were acquitted.

On 1.08.2021 at around 0258hrs we got information that PC Wambwa Pascal, who was deployed at Fujian Fabrication Company Ltd, in Nkowe, Sala Village, Wakiso District, left his beat and went to Sala Trading Centre, where he took 3 people hostage who included Kamya Sharif, Namubiru Prossy and another near a bar.  Our response team from CT, subdued the officer after he had released one bullet and an AK 7 with 20 rounds of ammunition recovered from him.  He is before the police standby court at Naguru on charges of scandalous behavior, withdraw from duty and Neglect of Duty.

The allegations were not enough to bring out criminal prosecution, but the respective disciplinary courts found the actions of the officers were in breach of the PSOs and the code of conduct.

The UPF expects very high professional behavior to enable it achieve its core mandate of protecting the public and preventing crime.  It will continue to rid the force of officers, who instead of protecting the public end up taking advantage of them.  We thank the majority of officers who pride themselves on high standards of integrity, discipline and professionalism, to keep our citizens and country safe. 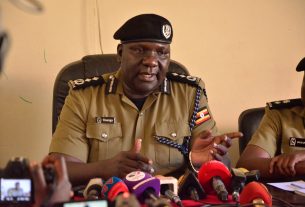 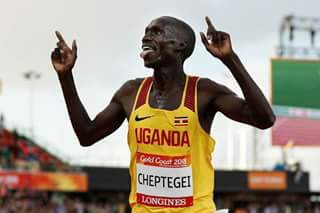 Another Gold for Uganda in Commonwealth Games 2018 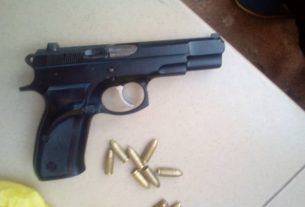