The Territorial Police in Kyengera, has in custody 4 suspects on various charges of aggravated human trafficking, aggravated defilement and procuring defilement. This followed a complaint of disappearance that was reported by Kawoya Edirisa, after his 13 year old daughter, in senior one, went missing on the 2/03/2021. The victim was lured from their home by a bodaboda rider identified as Mulema Isaac, under the pretext of getting her a job.  He instead rode and handed her over to Matovu Joseph, who defiled her that night.  He thereafter, took her to his sister called Mbabazi Scovia, for work as a house maid.

While at Mbabazi Scovia’s home, she was further victimised, when she procured her defilement, by inviting Ogwang Julius, who defiled the victim from her house.  He, Ogwang Julius, later took the 13 year old victim to his home, and that is where she was recovered from on the 5/03/2021.

The victim was examined on PF3 and subjected to counselling.  We urge members of the public to treat young children with respect and care, and not take advantage of their vulnerable situation by exploiting them.

The incident clearly reveals how girl victims are vulnerable.  We are deeply committed to thoroughly investigating these acts of violence against young children and will ensure we fast track the case through court. 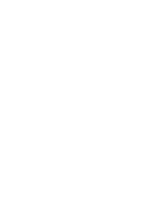