The function was presided over by the Inspector General of Police, John Martins Okoth Ochola who cautioned Police Officers against any forms of corruption and torture of suspects.

He added that “The issue of violence against suspects must stop, we are not going to tolerate any Police Officer who violates the rights of suspects, a suspect is innocent until convicted and sentenced, we have to eradicate torture as an investigative technique and none of you was taught that you have to torture someone in order to get a confession.”

He also said that any officer who tortures someone shall be charged as an individual in criminal courts of law.

Ochola reminded the officers to always be accountable to the public.

“As Police Officers we are supposed to be accountable to the public it’s not vice versa so whatever you do must produce results,” he said.

Ochola however pledged full support to rebuild and strengthen the criminal investigation directorate by ensuring availability of resources and capacity building programs.

“We have to ensure that CID is well equipped, gets the necessary facilitation that it needs, so that we avoid the back log of cases, build crime intelligence , so that all our operations are intelligence led, we are going to focus on capacity building in terms of training , looking for specialized courses in homicide, anti narcotics, financial fraud among others,” Mr Ochola said

The IGP lectured the students on strategic guidance on professionalism in investigations and effective management of case files. 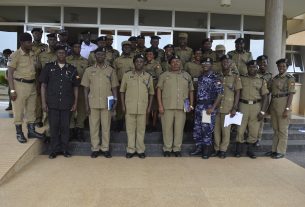 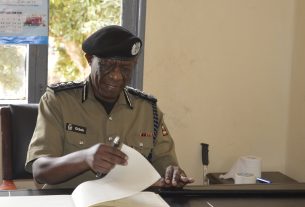 A MESSAGE FROM THE INSPECTOR GENERAL OF POLICE ON THE FORTHCOMING LOCAL GOVERNMNENT AND PARLIAMENTARY ELECTIONS STARTING TODAY MONDAY 23RD, JULY 2018 TO FRIDAY 27TH, JULY 2018